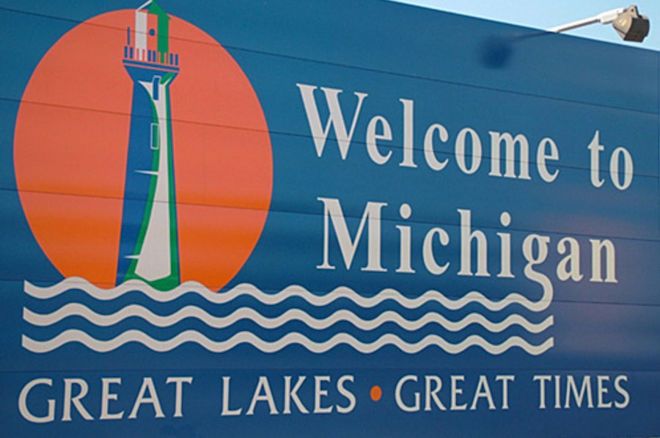 Lots of legislative news in this week's Inside Gaming, starting with Michigan now being poised to become the fifth state to pass an online gambling bill. Meanwhile federal lawmakers are proposing a nationwide sports betting bill, Nevada gaming regulators have approved an interesting new casino game, and the AGA has chosen a new leader.

It is currently what it called a "lame duck" session both for state and federal lawmakers, that period between the last elections (in early November) and the swearing in of newly-elected members. In the past there have been many instances of legislation related to online poker and/or gambling being discussed or even proposed during lame duck sessions, though very often little comes of such maneuvers other than perhaps to further along conversations between lawmakers about these issues.

There was some action taken last night, however, by legislators in Michigan who managed to push through a new online gambling bill as both the state House and Senate passed the Lawful Internet Gaming Act following several years of attempts and debate.

The votes were well in favor of the bill, with the Senate passing it by a 33-5 margin, then the House voting in favor 71-35. The bill now only requires Governor Rick Snyder's signature in order to become law. Snyder's tenure as governor is near its end, as he will be replaced by Governor-Elect Gretchen Whitmer in January. Should Snyder sign the bill, Michigan will join Nevada, Delaware, New Jersey, and Pennsylvania as states that have legalized online gambling.

Online Poker Report summarizes details of the bill, which includes the creation of an internet gaming division within the Michigan Gaming Control Board, with regulators then being able to issue gaming licenses to commercial or tribal casinos at a price tag of $100,000 to apply, plus $200,000 for the first year and $100,000 per year after that. The state would collect an 8 percent tax on revenue, with more added (another 1.25 percent) for Detroit's commercial casinos. Tax on revenue from casino gambling in Michigan is currently 19 percent.

As The Detroit News explains, if the bill is signed into law, it is also expected to pave the way for online sports wagering in Michigan. The new internet division of the MGCB would also "be required to create the new rules to administer the internet gaming law within one year of it taking effect." While "the state would generally decide which games would be allowed," according to the bill it "would be required to include poker."

Stay tuned, as there is surely more to come on this developing story.

Addendum (12/29/18): Instead of signing the Lawful Internet Gaming Act into law, on December 28 outgoing Governor Rick Snyder chose to veto the bill as well as two other related bills that would make changes to criminal law to accommodate the new gambling legislation. In a letter of explanation, Snyder said his decision to veto the bill was “due to largely unknown budgetary concerns” related to the law. He also expressed concern “that the bills will encourage gambling by making it much easier to do so.”

The next legislative session begins in Michigan on January 9, and it will be up the new state Congress to pass another online gambling bill if Michigan is to legalize online gambling.

In other legislative news, amid ever-swirling turmoil on Capitol Hill this week related to a host of other matters, two U.S. Senators — a Democrat and a Republican — jointly introduced a bill called the Sports Wagering Market Integrity Act of 2018, a response to the introduction of sports betting in several U.S. states since the SCOTUS ruling in May lifting the prohibition against states being able to allow sports betting.

"I believe the time is now to establish a strong national integrity standard for sports betting that will protect consumers and the games themselves from corruption," said Schumer regarding the bill. Hatch similarly described a desire "to ensure we were doing everything possible to protect the integrity of sports from corruption."

Hatch is among the outgoing lawmakers, having announced his retirement from the senate earlier this year. Former presidential candidate Mitt Romney won Hatch's seat in Utah in last month's election and will assume office early next year.

The National Football League and Major League Baseball both responded to the bill's announcement with statements favoring "a set of consistent, nationwide integrity standards" for sports betting (to quote the MLB's statement). The Professional Golfers' Association also "called for the establishment of a national body to oversee the integrity of sports in the United States."

Besides establishing such nationwide standards, the bill as drafted weighs in on a number of other related issues, including operators' use of "data provided or licensed by the leagues," the creation of a national "clearing house" where suspicious wagering activity could be shared and examined, provisions to fund programs to address problem gambling and the creation of a nationwide self-exclusion list, and nationwide laws regarding what sports could be wagered upon.

Regarding the bill's prospects in the new Congress, Schumer employed a gambling metaphor.

"No bet is ever a guaranteed win, but it's a smart bet that I will strongly advocate for this bill to move forward and that Congress will vote to pass federal legislation very soon," Schumer said.

An interesting new game called Casino Dominoes completed a 45-day trial at the Plaza Hotel & Casino in Las Vegas, and was up for final approval during yesterday's meeting of the Nevada Gaming Control Board. While the minutes of the meeting won't be available until a little later today, a quick call to the offices of the NGCB this morning confirmed that the new game was indeed approved.

Created by Harold Moret, the game uses a "domino deck" of playing cards instead of domino tiles, with each deck containing 56 cards (representing two full domino sets). The 42-year-old Moret is a University of Nevada Las Vegas graduate of the UNLV Casino Operations Program.

The game is played against the house (not against other players). Each player is dealt four cards with the fourth one being the "connector" card to which the player must try to connect the other three, with the results equating to various payouts.

As explained by the Las Vegas Review-Journal, the game "has the same house edge as Three Card Poker, about 5.34 percent, meaning casinos can be more profitable with dominoes than they are with blackjack, baccarat or craps."

With the approval, the game may now start to appear in other casinos, with other formats for slot machines and mobile devices also expected to be introduced.

On Tuesday the American Gaming Association announced the Bill Miller will be taking over as the AGA's next president and chief executive officer. Miller takes over leadership of the association from the outgoing Geoff Freeman starting January 14, 2019.

Miller's background includes extensive experience as a lobbyist on Capitol Hill, most recently as Senior Vice President of Business Roundtable, a group of CEOs of major U.S. corporations tasked with promoting policy favorable to business.

Tim Wilmott, CEO of Penn National Gaming and Chairman of the AGA Board of Directors, cited Miller's "extensive work with federal policymakers and as a seasoned leader of membership and advocacy and industry organizations" as having made him the best canddiate in the eyes of the search committee, led by Wilmott.

Since 2013 Freeman had served as the AGA's second CEO, taking over the position from Frank Fahrenkopf, Jr. who had headed the association since co-founding it in 1995.

To Reduce or Not to Reduce: A Big Blind Ante Debate