To Reduce or Not to Reduce: A Big Blind Ante Debate 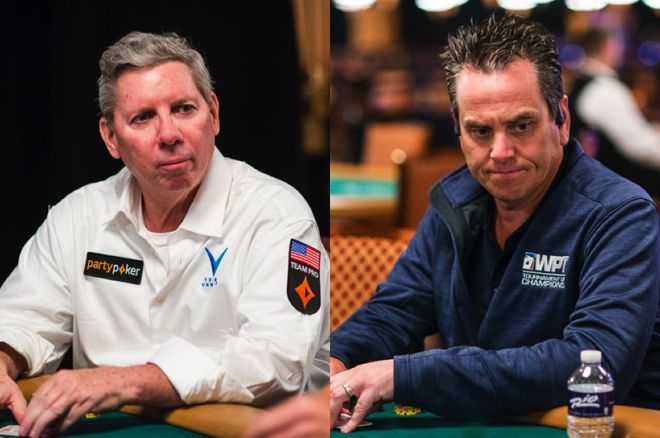 As with any other major change in an industry, the Big Blind Ante’s adoption in the tournament poker scene has come with its fair share of debate. In the initial stages, that debate centered on big blind ante vs. button ante, and whether or not the Big Blind Ante (BBA) is good for the game. Now discussions have moved toward the finer details of its implementation.

The latest question in the BBA trend is whether or not the amount of the BBA should be reduced (or cut in half) when the tables are short-handed, including when a final table gets down to five or six players.

The outspoken Allen Kessler recently took to Twitter to poll players on whether they are on Team Reduce, or Team Non-Reduce. The results are in with 1,158 votes tallied, but before we divulge, let’s explore both sides of the issue.

An Illustration of the Issue in Question

If blinds are 5K/10K, the BBA at a typical table would match the big blind and be 10K. This keeps the ante amount very close to what would be collected in antes from a full table in the traditional manner of ante collection. But what happens when a table is down to five or six players?

A question arises in this case as to whether the BBA should be reduced or halved to match more closely what would be collected in antes the traditional way. Following from the given example, at a five-handed table, the antes would more likely total 5K rather than 10K (1K for each player). Thus, forcing the big blind to put in 10K plus 10K for the BBA seems excessive.

Proponents of reducing the BBA in these cases argue that the excessive ante changes the game, perhaps a bit too much. The big blind, especially if short, is now putting in a larger percentage of their stack before the cards are dealt. The other players have more to gain proportionally by stealing blinds, so shoves become more profitable.

But some, like Matt Savage, point out that the use of the BBA throughout the tournament allows players to see more hands, which gets the tournament to the final table quicker with deeper stacks. In this case, the full BBA at the final table can keep things moving along, whereas reducing could potentially make the final drag out.

A friendly discussion ensued from Kessler’s tweet, and within it were two well-respected figures in poker who seem to fall on opposite sides of the debate. Here’s a look at Mike Sexton and Matt Savage’s internet debate for some insight into the issue.

It started with Sexton defending the reduced BB ante, bringing up its recent use during a recent partypoker LIVE event:
“On Day 2, play was 6-handed (meaning many players played it) & @partypokerlive played with the half-ante (SB ante) and truthfully, it seemed like every player liked it.”

Savage, speaking up for #TeamNeverReduce, responded: “More action, deeper Final Tables, and ZERO complaints, what’s not to like Mike?”

"@partypokerlive played with the half-ante (SB ante) and truthfully, it seemed like every player liked it.”

Sexton came back to Savage with a question:
“When everyone put in an ante at FT, the total ante amount was half as much when they reach 5 players. It would be the same if SB ante was used 5-handed. Why do you now like twice as much in ante money w/BB ante 5-handed?”

Savage explained just why:
“Because FT’s are so much deeper now with BBA, you would love it I promise you of course as commentator and even as a player. The ante with BBA is smaller than individual ante already.”

Sexton, being the open and inquisitive poker ambassador that he is, proposed a chat:
“Let’s have lunch next week so you can explain this to me @SavagePoker Much deeper?? The same number of chips are in play at the FT whether the tourn was individual ante or BB ante. I’m confused. FYI, I’m a huge fan of BB ante - all the way to the final six.”

"There is always pressure on the short stack. At the last WPTDS they were both 100BB deep heads up, the extra ante is needed!”

Savage accepted:
“IN! And it’s not close Mike, everywhere the BBA to the end has been used there has been NO ISSUES and NO COMPLAINTS! The final tables are deeper because we get more hands per level with BBA and that’s even with ante being smaller than individual antes.”

From Savage’s perspective, it seems that the full BB Ante is best for most parties involved, except maybe the player or two riding the short stack. One Twitter response brought up this issue and Savage had a response:
“Pressure on short stacks, I can live with that..... as a matter of fact I want that, and so should you unless of course you are the short stackable. There is always pressure on the short stack. At the last WPTDS they were both 100BB deep heads up, the extra ante is needed!”

Clearly, if you find yourself deep in a big tournament, short-stacked and bleeding off at a five-handed table, you would probably advocate for reducing. But in most other cases, perhaps not?

In big blind ante, which team are you on? Team reduce - (half bb ante if shorthanded or short at final table) or Te… https://t.co/PlFuzbp8K5

Despite obvious sample bias with the survey being posted only on certain Twitter accounts, the results provide a pretty good indication that there’s still some uncertainty as to what is the best way to deal with the BBA late in tournaments. It’s new territory for poker, and a standard will likely be established after some more trial and error — and friendly Twitter debate.