Tips for the Upcoming PCA and PSPC 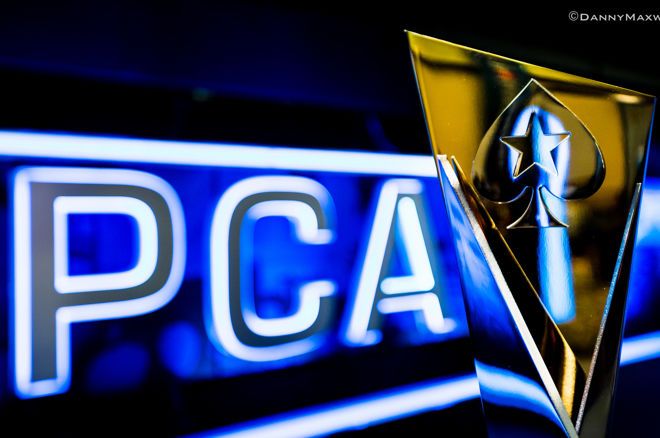 The upcoming PokerStars Caribbean Adventure — with the accompanying $25,000 PokerStars Players No-Limit Hold'em Championship — kicks off on Saturday, so there's no better time than now to help poker players plan their trips.

Many players will be going to PCA for the first time, whether because they won $30,000 Platinum Passes or in hopes of taking advantage of the massive value present because of said passes and the $1 million added by PokerStars.

For those unaware, Atlantis Resort is on a small island called Paradise Island just across a short bridge from the main island of New Providence. When you land in the airport, you'll first need to take a cab through the capital city of Nassau to Paradise Island.

At that point, you've arrived. And if you're on your maiden voyage to PCA, consider these tips from PokerNews.

Meals, at Atlantis and Otherwise

Food expenses at the PCA can run you a pretty penny if you aren't careful. And be aware, service won't exactly be speedy no matter where you go, so make sure you block out ample time.

Some of the most popular places to eat for poker players attending PCA are nice restaurants within a relatively short walk of the convention center where the poker tournaments are held. These include Casa D'Angelo (Italian), Chop Stix (Chinese), Olives (pizza, fish, steak) and Nobu (sushi). Now, all of those are fine options, but they will easily set you back around $50 or more for a meal.

Outside of the main resort, on the harbor where the ships are docked, sit a number of more affordable places to eat.

Those looking for the absolute cheapest option can try the pizzeria or the deli. Those might be the only spots on the island where you can get full for under $15. There are also a few mid-tier restaurants to check out where the prices will more be in the range of $30.

If you're looking to get brave and branch off outside of the resort, there are some options for that as well. Immediately across the bridge are a couple of palatable restaurants called The Poop Deck (seafood) and Seafront Sushi. Underneath that same bridge, there's a small strip of land called Potter's Cay that has a bunch of seafood shacks serving up freshly caught fish.

Or, you can head to the famous local fish fry shacks a couple of miles to the west. PokerNews' own Sarah Herring did just that, and you can see what she found in the video below:

If you are on the absolute tightest budget possible, there's a little spot in a strip mall just to the southeast of Atlantis called The Village Grocery Store. It's quite small, but you can get some of the bare essentials there like yogurt, fruit, oatmeal, and some dry and canned goods.

Maybe Christoph Vogelsang busted you early in the PSPC, and you still have several nights left on Paradise Island. Maybe you're just all pokered out and need a little break. Or maybe poker's secondary to vacation concerns and you are looking forward to relaxing and finding other stuff to do more so than grinding.

In any case, there are plenty of options for other things to do if you want to get away from the felt for a bit.

Obviously, those looking for water-based activities will find tons of stuff within easy access of the resort. There are beaches public and private and pools aplenty. Plus, you can sign up for activities like swimming with dolphins, scuba diving and snorkeling.

There's also a vast waterpark on the resort with tons of slides, rivers, and rides.

PokerNews' Herring checked out a popular attraction called swimming with the pigs, which you can check out in this video:

Atlantis is also near a popular golf course, with the likes of top pro Sergio Garcia among those frequenting the links.

Rum lovers have a unique opportunity just a couple of miles into the main island. John Watling's Distillery is a popular attraction offering complimentary tours.

Other Things to Consider

If it's exercise you're looking for, Atlantis has plenty of options — just make sure you don't overestimate your leg endurance. There are even basketball and tennis courts on the premises. Weekly passes run $50 for those not staying at Atlantis. Just be aware it's a significant walk into the resort.

Provided the weather is nice, there are plenty of paths to run around the islands — either down the beach or on solid ground — and catch a tan.

Yoga aficionados can check out the Sivananda Ashram Yoga Retreat on the western edge of Paradise Island.

If you're one of those people who absolutely can't get through the day without some caffeine to power you through, Atlantis has a Starbucks right down the staircase of the main entrance. Be warned, though, every morning before the tournaments begin there will be a sizable line of players waiting for their morning cup of joe, so get there early.

The PCA is always a special event on the poker calendar. It's sure to be even more memorable this year with the one-of-a-kind PSPC, so keep these tips in mind if you're making the trip to maximize your time in paradise.