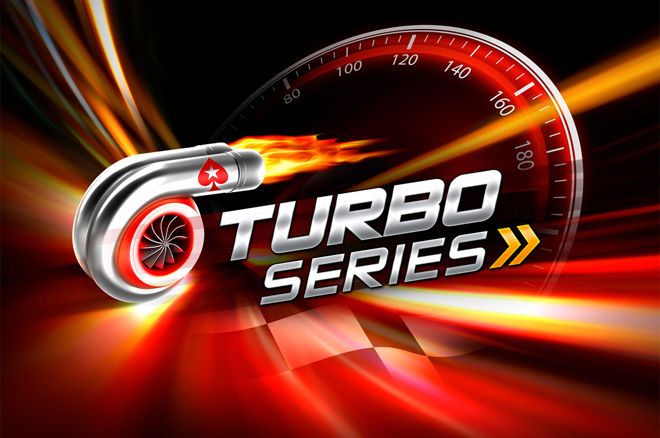 More than $32 million was paid out across 114 tournaments in the PokerStars Turbo Series that ran from Feb. 3-17, smashing the advertised combined guarantees of $25 million.

The biggest prize of the series weighed in at an incredible $322,429, the sum awarded to former European Poker Tour London champion Robin “robinho” Ylitalo of Sweden. Ylitalo topped a field of 2,343 entries in the $1,050 buy-in Main Event, scooping the gigantic prize after a heads-up deal with fellow Swede “jamaica_111” who netted $268,907.

"needdollarz" secured the second-largest prize of the series with bounties included in the prize money, when they were crowned champion of the $5,200 NLHE 8-Max PKO High Roller event, a result worth a massive $239,695.

Justin “ZeeJustin” Bonomo was another player who walked away with a Turbo Series title and a huge prize to pad his bankroll with. Bonomo came out on top of a 194-strong field in the $5,200 NLHE 8-Max High Roller to add $192,427 to his lifetime winnings, defeating the talented Finn “elmerixx” heads-up for the title. Some of the biggest Turbo Series prizes are listed below:

It was not only the high-stakes players who stole the show because low stakes players and satellite winners also enjoyed their fair share of success.

A total of 12 events were won by players who had secured their buy-in via Turbo Series satellites. One player, known as “atanas_1980”, won a $215 ticket to the opening Turbo Series event for $7.50 and went on to finish second in the event for a $71,000 score, this after winning $105,000 at the recent PokerStars Players Championship in The Bahamas.

Another rags to riches story was cast by “idzake” who won a $2.20 satellite ticket from a Stars Rewards chest, turned that into a $55 entry to the Turbo Series 65 and eventually made a deal when heads-up to turn that initial $2.20 investment into a cool $26,469.