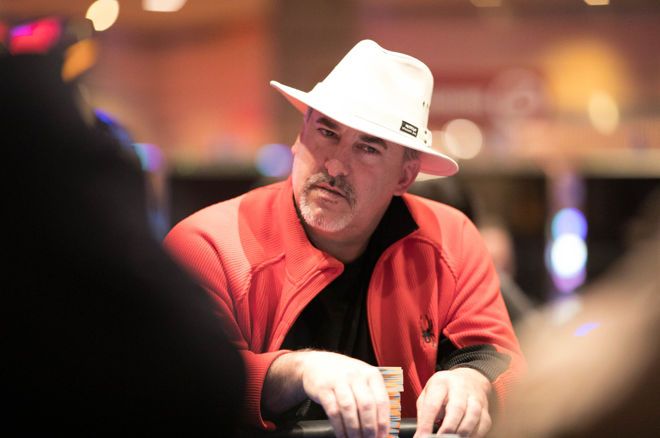 Day 2 of the 2019 Heartland Poker Tour (HPT) St. Louis Main Event came to its conclusion Saturday night playing down from 81 players to its final nine. Leading the way is 2018 Indiana State Poker Champion Tim Burden who bagged up a massive 3.8 million.

Burden first got a monster pot after he flopped a pair of sixes and then turned trips and cracked Josh Mullins' pocket kings. Burden’s luck kept rolling as he obtained 25% of the chips in play after he and Danny Hoeft got into the largest pot of the evening.

was check-called by Burden after Hoeft bet 200,000. The dealer burned and turned the

came on the river and Hoeft, who had 1.04 million, called with the

. It was no good though as the 2018 MSPT Indiana State Poker Champion had flopped a set with his

Day 2 started with 81 players but of those only the top 45 got paid. Some notable players who started Day 2 but didn’t make the money were 2018 HPT Player of the Year Aaron Johnson, 2018 MSPT Meskwaki runner-up Ian Matakis, and WPT champ Ravi Raghavan, who has over $3 million in career earnings.

The final nine players will return to action Monday at Noon local time and will play down to a winner. Once again the PokerNews Live Reporting Team will be on hand to capture all the action, so be sure to join us then.