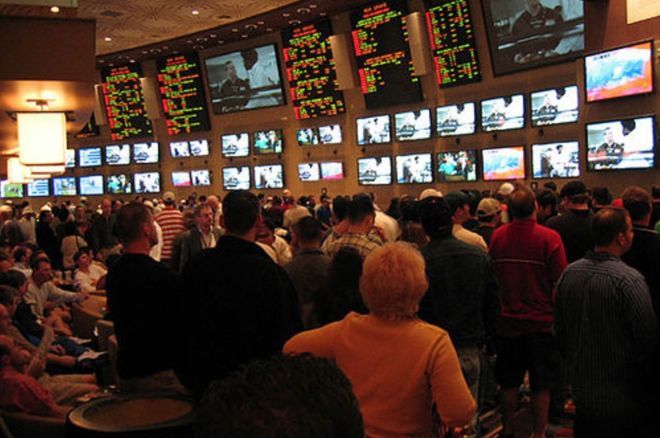 It's that time of year again, when conversations all seem to be punctuated with words like "bracket" and "seeds" and "pool" and the like. The NCAA Men's Basketball Tournament began this week, with first round games continuing today. Over the next three weeks, the 68 teams will play down to a champion.

The sporting event is often called "March Madness", although that moniker likewise is often applied to the mania surrounding betting on the tournament, especially via popular "NCAA pools" in which entrants fill out a bracket beforehand and compete to see who can do the best job predicting how things will play out.

According to an American Gaming Association survey shared this week, Americans will be betting $8.5 billion on the NCAA men's basketball tournament, with 1 in 5 adults making a wager of some variety.

The survey conducted for the AGA by the market research company Morning Consult involved questioning over 11,000 adult Americans during the first week of March in order to discover intentions regarding betting on the tournament and to extrapolate the date to estimate broader totals.

Findings suggest 47 million American adults are betting on the tournament, with more than half the amount wagered — $4.6 billion — being "on a collective 149 million brackets by more than 40 million people."

As generally happens in the U.S. with other major sporting events such as the Super Bowl, the majority of the money being wagered is done so illegally. Even so, thanks to last year's change in sports betting legislation in the U.S., there will be many more Americans placing legal bets on the NCAA tournament this time around.

Currently eight states have legislation allowing legal sports betting — Delaware, Mississippi, Nevada, New Jersey, New Mexico, Pennsylvania, Rhode Island, and West Virginia. Meanwhile two dozen other states are actively considering sports betting bills as well, with others either having recently done so or reportedly intending to in the near future.

In fact, at present only nine states have no sports betting bills under consideration, as shown in the AGA-created graphic below.

Speaking of those brackets, ESPN's Tournament Challenge is an especially popular site for those filling them out, and this year was no exception.

According to ESPN, more than 17.2 million brackets were completed on the site. ESPN's Tournament Challenge is free to play, although many who run "office pools" use the site to help track results.

The site also breaks down "Who Picked Whom," showing that 36.1 percent picked the overall top-seeded Duke Blue Devils to win the title, followed by North Carolina (15.8 percent), Gonzaga (8.9 percent), and Virginia (8.4 percent), all also No. 1 seeds in their respective regions.

The Mashantucket Pequot and Mohegan tribes had been waiting more than a year for the approval, required by earlier-passed legislation to allow construction on the casino to move ahead.

Indeed, the tribes' efforts extend back further than that, starting more than three years ago when they along with some of the state's lawmakers first began to consider adding a third casino along with the Mashantucket Pequots' Foxwoods Resort Casino and the Mohegan Sun.

Coalitions against the construction a third casino were immediately formed to argue the opposing side, and indeed even with yesterday's federal approval there remains opposition.

While the tribes and supportive lawmakers point to the new casino as a source for revenue and job creation, others are focusing on a recent report that a grand jury in Washington D.C. is looking into the possibility that former U.S. Interior Secretary Ryan Zinke might have lied during an inquiry into whether decisions he made about the new casino were politically influenced.

It was the Department of Interior that surprisingly announced yesterday it had accepted an amendment to allow the tribes to construct the casino, posting a notice on the department's website with no accompanying explanation for the decision.

MGM Resorts International, operator of the nearby MGM Springfield casino that opened across the border in Massachusetts last August with hopes to build another casino in Bridgeport, CT, had already indicated its objection to the East Windsor casino. As MassLive reports, yesterday MGM said it might sue if lawmakers in Connecticut don't allow their Bridgeport project to go forward, a greater possibility now that the East Windsor casino has gotten its approval.

Finally, in other somewhat unexpected industry news from the Northeastern U.S., the New Hampshire Senate yesterday voted in favor of a bill designed to allow two casinos and 10 sports betting facilities to operate in the state.

The bill passed 13-11, and now moves onto the House. The bill's passage was a bit of a surprise, coming after two decades' worth of similar bills have failed to move forward.

Meanwhile this week the House separately voted in favor of a separate sports betting bill, voting 269-82 in favor. That bill has in turn been sent onward to the Senate.

At least one lawmaker, state senator Lou D'Allesandro who has backed gambling legislation for years, sees reason for optimism regarding the casino bill thanks to the House's support of sports betting, reports New Hampshire Public Radio.

"This bill ought to pass," said D'Allesandro, referring to the casino bill. "Send it to the House... which by the way overwhelmingly, passed sports betting, overwhelmingly, and let them make the decision," he added.