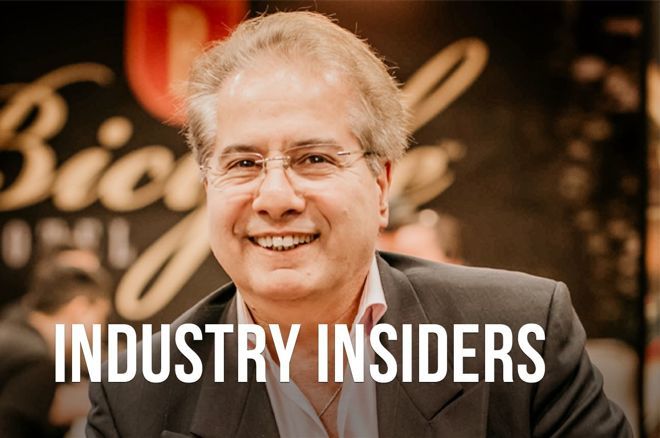 The Bicycle Casino in Bell Gardens, California has a long and rich history in the poker world. Not only do they offer some of the best cash games on the West Coast, but they are also renowned for their various tournament series including World Poker Tour Legends of Poker, two World Series of Poker Circuit stops, and the home-cooked Quantum Millions and Mega Millions.

PokerNews recently caught up with Bicycle Casino tournament director Mo Fathipour to talk about the Quantum Millions II & Mega Millions XX – which is running throughout the month of March – and offer some insight into this industry veteran.

PokerNews: How does the Quantum Reload work and what inspired you to invent it?

Fathipour: Over time, Quantum Reload has transitioned into Quantum Tournaments. The concept is actually fairly simple. Day 1 players are offered a smaller buy-in amount, let’s say $100 for a 10,000 starting stack. One out of every 10 Day 1 players will advance to Day 2. That makes the Day 2 players value of 10 Day 1 players. Therefore, the Day 2 buy-in will be $1,000 with a 100,000-starting stack. In a sense, the Day 1s are a smaller satellite into the larger Day 2 tournament. This is what creates the larger prize pool and allows us to offer a buy-in price range for all players.

The concept was inspired to create larger guarantees for the casino, bigger prize pools for the players, and being able to accommodate both recreational and professional players in the same tournament.

PokerNews: Likewise, what inspired you to create the Mega Millions and what sets it apart from other events?

Fathipour: Mega Millions was the creation from Quantum Tournaments. One tournament that has different starting times, different buy-in amounts, and different starting chips. Until this day we have run 19 Mega Million tournaments at the Bike and all have exceeded the $1,000,000 guaranteed and some exceeding $2,000,000 prize pool. This tournament cannot be beaten. With buy-ins ranging as low as $160, to the Day 2 buy-in of $3,700, it gives all players the opportunity to score a huge first place payout, generally over $300,000. A $160 buy-in for a first-place prize of $300,000 is truly one of a kind.

Fathipour: I think button ante is a more player-friendly structure than big blind ante. On BBA when the table is short-handed it is not fair versus a full table. Also, when they get to the final three to four players it will be a [shovefest]. Example: 11 players left in the tournament, one table has six players and the other five players. Sometimes it takes one hour before one player is eliminated, so those five players are playing more hands than the six-player table. Short stacks have no time to play and the result they have to play more aggressive than six-player table. Therefore, it is not fair. This will not happen with a button ante.

Here at the Bicycle Hotel and Casino I am doing a Button Ante on all Bike major tournaments and big blind ante on WSOPC tournaments. Most of our players like button ante. Regardless of button ante or big blind ante, I know 100 percent you are going to see the transition across the tournament scene. It’s easier for the dealers and speeds up the game so that the players receive more hands.

PokerNews: Some people believe reentries hurt poker economies in the long run and there seems to be a shift back towards freezeouts or maybe a single reentry option. What are your thoughts on reentries in general?

Fathipour: Myself, I like a single reentry, not multi reentry. If I am going to play multi reentry tournaments usually I go to play at the break if casino gives more chips to play. If not, I am not playing that tournament. Business wise, reentry is good for the prize pool, casino and players. Remember players follow the money. More players equals more money and more money equals larger prize pools.

PokerNews: What’s the best-kept secret at the Bicycle Casino that players should know about?

"If you haven’t heard of Mo's Shrimp Mountain, please come by and play one of our main events."

PokerNews: You’re a poker player yourself. What’s your favorite game to play and why?

Fathipour: In my early years of playing poker, I was a high-limit, no-limit specialist. I loved it. They called me Action Mo! However, after I became tournament director I didn't have the time to play poker as regularly and to be a winning no-limit hold'em player. It takes a lot of concentration and time, a luxury I do not have much these days working a very busy tournament schedule throughout the year.

So recently I have transitioned into a mixed-game player and nicknamed “MoDugi.” I love playing badugi, badacey, baduecey, 2-7, drawmaha 2-7 and Archie. It's completely different than no-limit hold'em and completely challenging in a different way. There's always ton of action and it's just so much fun.

PokerNews: On your HendonMob your first-ever tournament cash was the 1994 California State Poker championship, which was a $530 buy-in limit hold’em event. Do any memories stand out from that tournament?

Fathipour: Winning is the best memory of all! To have played against some of the most talented poker players out there and win the entire thing is such an accomplishment. It will always be one of my fondest tournament memories as a player.