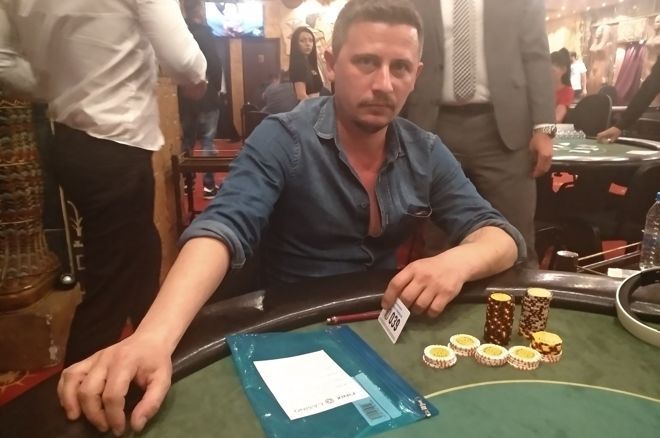 Another starting flight, another Bulgarian in the lead of the 2019 PokerNews Cup High Roller. After Ivan Ivanov in Day 1a and Marcel Galustov in Day 1b, Momchil Vutev became the chip leader after the Day 1c flight, although he didn't manage to surpass his fellow countrymen. He collected 547,000 in chips, well ahead of Dimitrios Mparmpathanasis in second place with 370,500.

Among the players that advanced to Day 2 from the 1c flight, having tried various times during the other flights, were Georgios Efthimiadis, Achilleas Nomidis and Dejan Stanev.

Those who didn't manage to earn a ticket for Day 2 were Hristo Bogdanov, Simeon Marvakis, Themistoklis Tsokas, Georgios Farmakis, Christos Kehagias, and Dimitrios Gkikoulis amongst others.

On Tuesday, 28 players paid the €1,100 buy-in of the High Roller and three of them re-entered, so the total number of entries in Day 1c was 31. Add them to the 49 from the first two flights and the field counts 80 entries after the end of the three starting days.

Day 1c added 17 players to Day 2, and the total field for the second day of play will be 37 players.

Registration will remain open for the first two levels of Day 2, so the total number of entries will probably change. Day 2 will start at 3 p.m. and besides the High Roller, tomorrow's schedule features the start of the Main Event with Day 1a at 6 p.m.

The PokerNews live reporting team will be back on the tournament floor of Finix Casino to bring you double coverage of High Roller and Main Event on Wednesday.