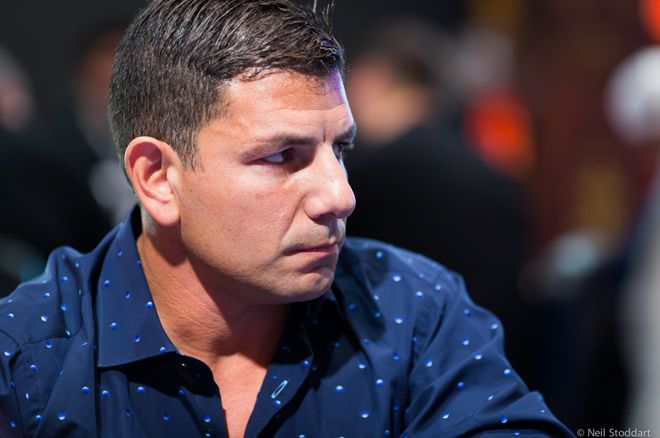 Prominent poker playing Wichita businessman Brandon Steven has avoided a custodial sentence for his part in an illegal gambling ring, according to KWCH.com.

Steven was in court on Jun. 18 and pleaded guilty to a misdemeanor charge of transmission of wagering information. Misdemeanor charges can be punishable by a one-year maximum jail term. Steven admitted he acted in cooperation with co-defendant Daven Flax in conducting illegal private poker games.

According to the Office of U.S. Attorney Stephen McAllister, participants were notified about the games via text message. These messages also contained information about payments and the collections of money. Steven was accused of concealing the players’ involvement by hiding handwritten ledgers and computerized records that details, among other things, gambling credits, obligations, and earnings.

Gwen Birzer, a United States Magistrate Judge, sentenced Steven to 200 hours of community service and three years probation. While Stevens was not fined, his attorney revealed Steve had already paid almost $1.1 million to the U.S. Marshal’s Office which they say were the proceeds from the crimes committed.

No other charges relating to this illegal gambling case will be brought against Steven due to his guilty plea and cooperation with the investigation.

PokerNews reached out to Steven after hearing about the sentencing and he offered some insight into the case.

"This has been going on since Feb 2017 and there is a lot of value in just getting it behind me and moving forward."

What inspired you to accept the plea deal?

I decided to plea to a misdemeanor to accessory after the fact, which the judge referred to as a petty misdemeanor. It’s been going on for long enough, it was time to just put it to bed and behind me.

Do you feel the case against you, and subsequent punishment, are fair?

It was the best decision for my family and career at the time. This has been going on since Feb 2017 and there is a lot of value in just getting it behind me and moving forward.

Are you prohibited from playing poker?

Do you plan to continue playing poker? If so, will you be at the 2019 WSOP?

Hell yes, I told my kids in 2010 that I would win a bracelet one day and even though I have mainly been playing cash games and not tournaments the last couple years, I plan on fulfilling my promise to them.

Would you like to issue a statement to the poker world regarding this matter as a whole?

I have taken this matter seriously and am accepting and grateful for the outcome given be the court, … and you better be ready for me on the felt in a couple weeks.

It should be no surprise that Steven has been a notable absentee at this year’s World Series of Poker in Las Vegas, although he plans to head to Nevada to make the second half of the series. Steven has been a regular feature at the WSOP since 2017 and is a regular in some of the highest stakes tournaments.