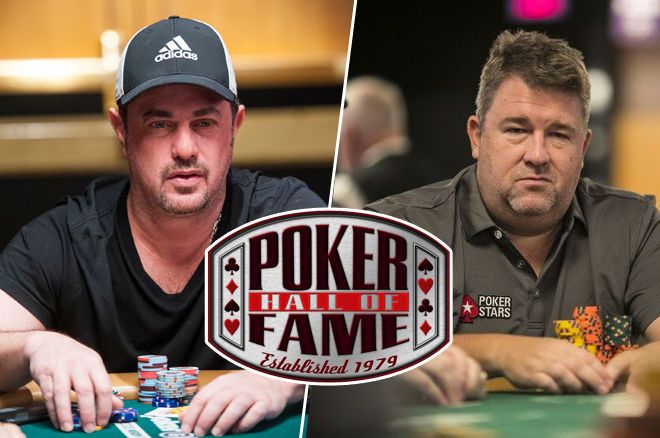 Last night, Chris Moneymaker and David Oppenheim became the 57th and 58th inductees of the Poker Hall of Fame during the World Series of Poker Main Event coverage on ESPN.

The Hall of Fame was established in 1979 to honor the most influential players and other key contributors to the game of poker. Harrah's Entertainment acquired the elite poker club in 2004, and it is now under Caesars Entertainment after the company changed its name in 2010.

Voters took into consideration the following criteria when casting their ballots.

Chris Moneymaker might not satisfy all of the voting requirements, specifically in playing in high stakes games. However, one can't deny the contribution Moneymaker made to the poker boom after winning the 2003 WSOP Main Event for $2,500,000.

Moneymaker: "It's great for my kids — it'll be a cool thing for them to see when they grow up."

Moneymaker has yet to find WSOP gold a second time but has won titles in WPT and EPT side events as part of his nearly $3.9 million in live tournament cashes.

"I'm very honored... very happy," says Moneymaker upon receiving the news. "It's great for my kids — it'll be a cool thing for them to see when they grow up."

It is usually tournament players that get all the notice, and David Oppenheim has certainly had some success there with nearly $2 million in live tournament earnings. However, unlike the other nominees for the 2019 Poker Hall of Fame Class, Oppenheim has yet to win a WSOP bracelet or any major poker title.

What separates Oppenheim from the other nominees, is that he has been consistently crushing the high stakes cash games. The 46-year-old American has been playing poker for the better part of this century, having started out playing his second year in college when he was 19 years old.

"Being recognized as one of the all-time greats by my peers is truly humbling, and I am honored to have been selected to the Poker Hall of Fame."

Until now, Oppenheim has been one of poker's unsung heroes as he wasn't on tv as often as some of his peers. He is a regular winner in the high stakes games in Bobby's Room.

"Being recognized as one of the all-time greats by my peers is truly humbling, and I am honored to have been selected to the Poker Hall of Fame," said Oppenheim about his induction. "I have been so fortunate to be able to do what I love for a living. I never planned to be a professional poker player; rather, it was a passion that became my job. People often ask me, how does one become a professional poker player? The answer is hard work, and that goes for everyone that plays at the highest level. From the time I began playing, I was incredibly passionate about poker, and it led to me being able to travel this road that has been traveled by very few. Again, I am extremely grateful to be receiving this honor. Thank you."

Moneymaker and Oppenheim join an elite group of poker players and contributors to the game as part of the Poker Hall of Fame. Here is a look at all 58 members in alphabetical order.