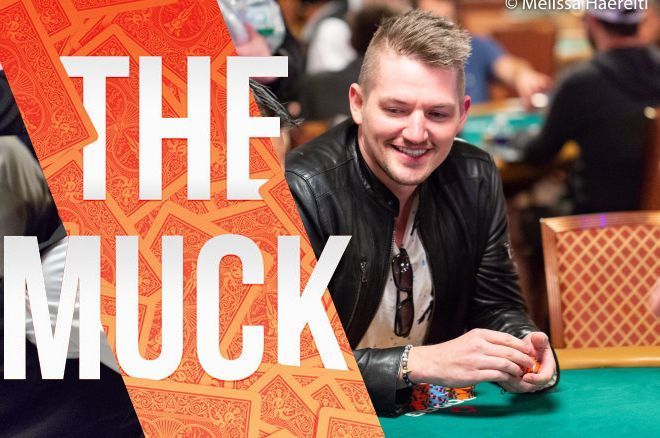 Poker is a unique field where the primary mainstream means of judging success — money won — doesn't actually tell much at all. Only in poker can someone be listed as "winning" hundreds of thousands or even millions and still be in the negative or a breakeven player. Add in all the private backing deals that are a regular occurrence in the game and you can forget about knowing players' profit margins.

For better or worse, this is the system in place, due in large part to logistical impossibilities of factoring buy-ins into reporting results. Recorded earnings are inflated with gross rather than net winnings being reported to The Hendon Mob by poker tournament venues near and far.

Chris Kruk: "Some people have incentive to make it seem like it matters because it helps their brand."

While not a new discussion in the industry, Joey Ingram re-ignited the fire about the topic this week on Twitter, prompting discussion from several members of the community. During this discussion, some brought up the point that in actuality, it may be best for the game that all player results aren't made so transparent and public as some might like them to be.

It's been said a million times &amp; I have no practical solution for it but I still can't believe tournament poker pla… https://t.co/gXVY8mf8B2

There seems to be a difference between the tracking of results live and online, mostly because with online, complete results are easier to track automatically. In those cases, sites like Sharkscope provide statistics like profit and ROI (return-on-investment), as well as average ROI and average stake. Many live players too pointed out that they keep spreadsheets of buy-ins and cashes to have an accurate snapshot of their results.

The fact that most people do not share such accounts of their tournament results, or at least not publicly, means that the real profit margins and stats on live players don't get out to the public. As a result, people often judge players based on what information is available, which is gross amount cashed for in events.

Elio Fox: "[I] think many live tournament players spreadsheet their buyins as well, it's just not public."

These are also the numbers that TV broadcasts often use, again because that is what is available for the public. And possibly for other reasons, as some mentioned in the thread, such making poker look sexier or more big-time.

One thing Negreanu's blog tells us is everything is relative. Even being down over $86K on the year was essentially break-even for Negreanu as his average buy-in, or average stake, was around $40K. From his results, you can see that he also had a losing year in 2016, but was well ahead with his profits from the previous three years.

"In the old days, before super high rollers, you could all but guarantee that cashing for $2 million would mean the player had a winning year," Negreanu wrote on his blog. "Well, the truth is, if a player plays the full high roller schedule and cashes for $2 million, they are all but certain to have had a losing year, and that’s before expenses."

Elio Fox agreed with one player who said that online players do not use cashes as a metric for success but rather other measures like ROI, average buy-in and net profit, at least when discussing with other players or sharing results privately.

"Think many live tournament players spreadsheet their buyins as well, it's just not public," he wrote.

Alex Livingston agreed: "Most poker players track wins/losses, TV production and/or players looking to promote themselves are where we see the bulk of what you’re referring to."

Alex Livingston: "Most poker players track wins/losses, TV production and/or players looking to promote themselves are where we see the bulk of what you’re referring to."

With the proliferation of reentry, and especially unlimited reentry tournaments in the live arena, it's virtually impossible to track the actual net winnings of players these days. But that doesn't mean that many players, especially professional ones, don't keep detailed accounting themselves.

As Chris Kruk brought up, most savvy players don't use total gross winnings to prove anything — because it really doesn't — but some certain players can use that figure for self-promotional purposes. For Kruk, the system of total cashes carries little meaning, but has its place in poker.

"I think it's just an arbitrary system designed for fun," he wrote. "A sort of 'cool stat to keep track of.' It doesn't mean anything...Some people have incentive to make it seem like it matters because it helps their brand. (Look at Dnegs/Hellmuth starting to run filters to create new lists where they are at the top).

"Just like WSOP bracelets. If you have a lot of either it doesn't mean much except that at some point in time you were fairly likely to be at least pretty decent at poker. That's about the most you can conclude definitively. It doesn't actually matter though."

He continued: "People who use them as evidence to suggest they're great players are probably charlatans who lack real evidence (otherwise they'd use that instead) or they're people who've been tricked into believing it. I think they're great if they're used positively (track your own progress, set goals, compete w/ friends etc.) But to pretend it's meaningful only proves you don't understand a whole bunch of things."

As Ingram searched for some sort of solution, Matt Waxman presented an idea that could possibly work in a closed-in system, like for individual poker tours.

@Joeingram1 A POY system where players must enter, and in doing so, give knowledge of results for losses as well as… https://t.co/UdbcGHX7Rz

A major obstacle in this kind of reporting is that the data comes from a multitude of tournament venues, all with their own systems for reporting and with different rules for doing so based on local regulations.

Ryan Laplante: "Most people don't do very well, and industry standard is to just say cashes."

Furthermore, many people brought up the fact that many players are losing in tournaments, and may not want to either admit that to the public, or acknowledge it themselves. Some believe this kind of reporting could be detrimental to the game.

As it stands at the moment, it appears that the impetus to report actual results falls on players who wish to carefully track them to show net profit/loss, and to post these results for the public. While very few choose to do so, likely for a variety of reasons, there are a handful who actually do. Ryan Laplante (pictured above) is among them.

@Joeingram1 When posting results publicly I am some1 who is completely comfortable stating how well I've done.

Laplante shared why he thinks so few players adopt this practice: "Most people don't do very well, and industry standard is to just say cashes. So it's easier to talk in those terms for marketing/etc, and is accepted as being ok to do."

For now, it may be better to leave this kind of transparent results reporting up to those who wish to carry it out. If a player wishes to be honest and know how they're really faring at the felt, possibly to use such results to improve skills or game selection, it is advisable to keep thorough records.

The biggest takeaway from the whole discussion might be, if considering investing in a player, don't be fooled into thinking that amount they've cashed for is an indication of skill level. Ultimately, investing is governed by the same principle as poker — it's your money, so you can do with it what you want.

Strip to Win Slot Machine: a Bit of Naughty Fun by Spinomenal