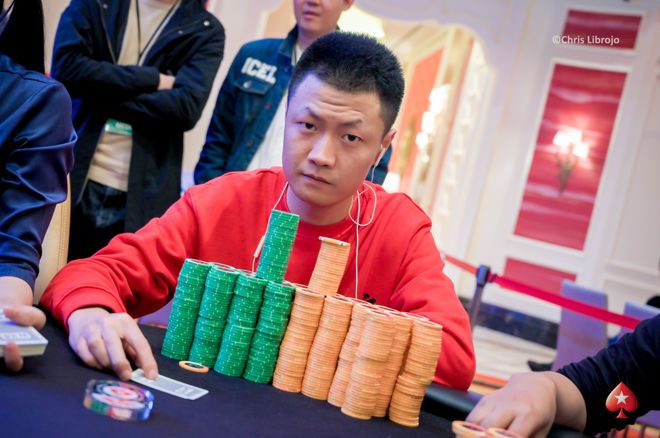 The final table of the biggest live poker event in the history of South Korea is set at the Jeju Shinhwa World - Landing Casino and nine players out of a field of 869 entries remain in contention for the title in the 2019 PokerStars LIVE Asia Red Dragon Jeju ₩2,500,000 Main Event.

Zhihao Zhang has emerged as the odds-on favorite to become the 28th Red Dragon Main Event champion in the 11-year history of the popular Asia-Pacific circuit as he holds a commanding lead over his eight opponents.

One pivotal hand changed the circumstances in spectacular fashion as Shenming Yin and Zhang clashed in a pot worth more than one-third of the total chips in play. In three-way action, Zhang flopped quads eights and Yin turned a full house with pocket treys. The money went in after the river as Yin was unable to find a fold and relinquished the lead for the first time since the money bubble on Day 2. He'd eventually bust in 12th.

Lu already knows what it feels like to reach the Red Dragon Main Event final table as he finished fourth in the edition from February 2018. The tournament, then hosted in Macau, drew a field of 1,122, and Lu earned a career-best payday of HK$800,000 ($102,293). He can surpass that with a third-place finish or better.

The action is set to resume at 1 p.m. local time on Thursday as an additional tournament day was added due to the record-breaking turnout. There are 40 minutes and 42 seconds remaining in Level 29 (50,000/100,000/100,000), and the final showdown will be broadcasted on the Red Dragon Poker website with Mandarin commentary and hole cards displayed on a security delay of 30 minutes.

Whether or not Zhang will be able to turn his huge lead into victory remains to be seen and you can find out right here on PokerNews. Coverage resumes Thursday and can be found right here.