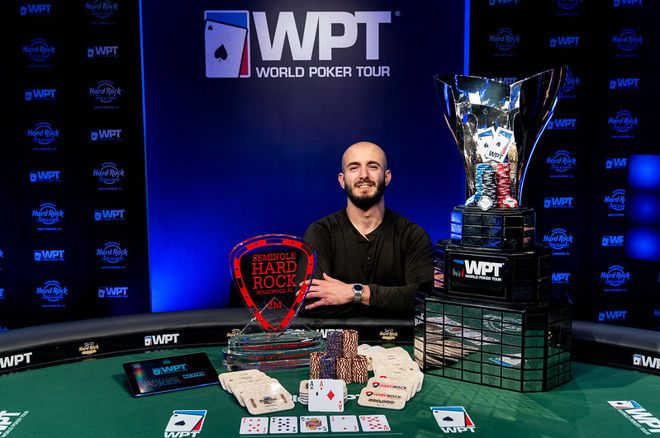 "It’s amazing to be the first person to win the same WPT event twice, and kind of cement myself in history with this event."

“This is incredibly special. It’s amazing to be the first person to win the same WPT event twice, and kind of cement myself in history with this event,” Altman told WPT officials after the win. “Obviously it’s fantastic to get big wins, but playing these events I’m happy to put myself in a position to go deep, be chip leader, and make final tables.”

The victory also helped propel Altman, who has now cashed three times in Season XVIII, to the top of the WPT Hublot Player of the Year race.

According to updates from the event, Altman was not only the chip leader coming into the final table, he was also the most accomplished player with more than $3.8 million in lifetime earnings, including 27 cashes on the WPT.

Altman, who became the 24th player in tour history to win multiple titles, and Jake Dollinger held 70 percent of the chips in play between them at the start of the final table, so it wasn’t surprising to see it come down to the two of them.

At that point, Altman was down 13 million to 20 million but took over the chip lead in just two hands. From there he put the peddle to the metal and the tournament concluded on Hand #115 of the final table. That is when Dollinger limp-jammed with ace-eight only to have Altman roll over pocket aces. The board ran out clean and history was made.

“Winning a second WPT title feels amazing. It’s incredibly special. It doesn’t always work out,” Altman added in his WPT winner interview. “I’ve had maybe a dozen or so situations where I’ve gone deep and thought I was going to win and I didn’t. But that’s how tournaments go. To continually put myself in a position to win tournaments, it feels special.”

In other Lucky Hearts Poker Open news, the $25,500 High Roller concluded on Tuesday with Jonathan Jaffe claiming the title and $340,285 in prize money after striking a heads-up deal with Arkadiy Tsinis, who banked $257,207.

After Jared Jaffee bowed out in third place for $146,842 – the result of losing a flip with ace-queen suited to Tsinis’ pocket sevens – the final two worked their deal. Jaffe had a roughly 3:1 chip lead at the time and was able to secure the LHPO high roller trophy.

One upcoming stop on the World Poker Tour Season XVIII schedule is the WPT Venetian from March 13-17. That stop will feature a $5,000 buy-in, $2 million guarantee Main Event.