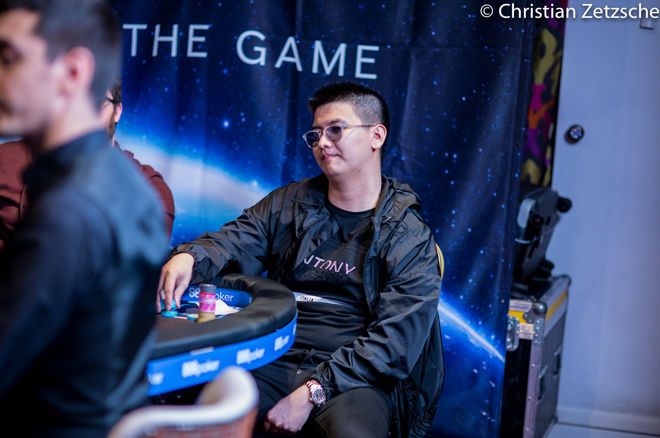 The third and final regular starting day of the 2020 888poker LIVE Madrid €888 Main Event made it very clear from the start that it would turn out to be the far strongest flight and a total of 420 entries at the Casino Gran Madrid right in the centre shopping street boosted the field size to 886 entries thus far.

However, that number will certainly increase as the turbo heat as of noon local time on Sunday, February 2nd, 2020, remains and has been capped to 100 players for capacity reasons. The first two levels of Day 2 just a few hours later as of 5 p.m. local time also provide the opportunity to enter and re-enter with a fresh stack of 88,000.

With recommencing blinds of 1,200-2,400 and a big blind ante of 2,400, many poker enthusiasts from near and far may be very tempted to join the action for a shot at the guaranteed prize pool of €800,000. On top of that, a package for the 2020 World Series of Poker Main Event in Las Vegas worth $12,500, courtesy of event sponsor 888poker, represents an additional incentive.

The XL Blizzard Series is Back!

Another 420 players have bagged up chips, some of which may have done so multiple times throughout the three starting days thus far and will carry over their biggest stack into Day 2. A new chip leader has emerged as China's Lin Ruida topped Day 1c with a stack of 588,200. He comes fresh off a deeper run at the 2019 EPT Prague, his only recorded live cash thus far, and will aim to make the second flag on his Hendon Mob profile count.

Daniel Rodriguez Bureta follows in second place with 487,500 and emerged near the top of the leaderboard in the final level of the night when he hit quads against George Demetriou and saw his river raise paid off. Three further players from Spain follow in Cesar Garcia (424,000), David Nuñez Argúello (409,700), Jorge Perez Abarca (404,700) while Portugal's Nuno Chiou (401,600) narrowly missed out on the top five.

Two 888poker ambassadors took part on Day 1c along with a plethora of online and VIP qualifiers. While Sofia Lovgren was eliminated during the final hands of the night and will have to re-enter on Day 1d or during the first two levels on Day 2, fellow ambassador Daria Feshchenko avoided the same fate and advanced with a stack of 130,000.

Adrian Constantin, the last player to lift the 888poker LIVE Main Event trophy for the winner shots at the Aspers Casino in December 2019 also made it through, albeit with just 77,700, while the London runner-up Leon Louis will return with an above-average stack of 192,900.

Tomorrow's penultimate scheduled tournament day in Madrid will feature an exciting early stage with plenty of possible chip movements and the race to the money during the late stages. Tune back in to PokerNews to find out will make it one step closer to become the latest champion of the popular mid-stakes circuit in Europe.

Why Castle Builder Is The Best Online Slot You'll Ever Play

Balls of Fury: It's Time for Some Furious Fun!