Bankruptcy & Settlements – Is This the Final Chapter in PPC Poker Tour Ponzi Scheme? 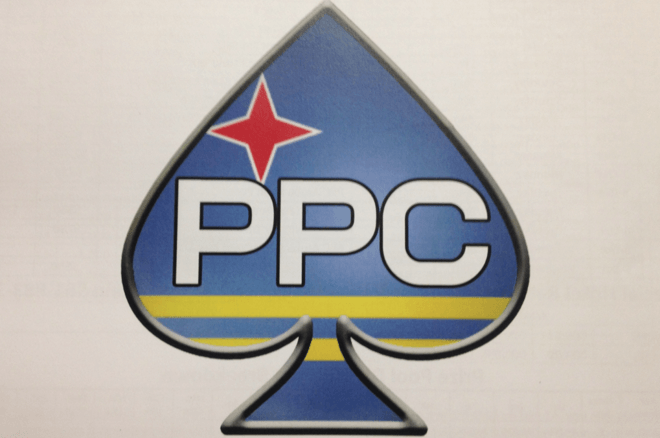 Remember the Players Poker Championship (PPC) Poker Tour? It’s the tour that was alleged to have been operated as a Ponzi scheme by owners Sandy Swartzbaugh and Bryan Oulton and left several players high and dry.

If you're wondering what happened with all that, PokerNews has unearthed some updates.

Each of them was paid $10,000 in cash while in Aruba with the promise they’d receive the rest of their winnings – a combined total of $291,794 – in their bank accounts within a matter of days or weeks. Those funds never materialized, and it turned out the prize pool was never segregated. As a result, the players banded together, hired noted gaming attorney Maurice “Mac” VerStandig, and filed a lawsuit.

The original lawsuit elaborated: “This pattern and practice created a situation where PPC was constantly utilizing funds from one creditor to pay another creditor and/or enrich itself and its members, with such creditors often coming in the involuntary form of vendors to whom payment was due for services rendered or players entitled to funds earned in poker tournaments.”

It continued: “PPC was, in essence, operating as a Ponzi scheme at all times relevant, utilizing funds obtained for one purpose to pay individuals owed funds for another purpose, constantly masking this chronic misappropriation until such a time as an insufficient flow of new monies proved inadequate to make good on extant obligations.”

Court documents obtained by PokerNews shed some light on what is likely the last update in a dark chapter of poker history.

One of the PPC Poker Tour’s host venues, Tampa Bay Downs, was dragged into the lawsuit as they allegedly not only extensively promoted the Aruba stop but also sent staff to help operate the tournament. It was an allegation the cardroom denied, but even so, court documents reveal that last year they settled with the plaintiffs to the tune of $80,000.

The lump-sum payment was distributed as follows among the plaintiffs:

In the agreement, Tampa Bay Downs admitted no wrongdoing or unlawful conduct. The monies awarded marked the largest single recovery for the players since the demise of the PPC.

According to the agreement: “Not only will the Settlement justly bring an end to the instant litigation, but, nearly three years after the collapse of PPC, it will finally allow the majority of the scheme’s victims to recover monies.”

As for why they opted to settle, the agreement adds: “Thus while the Plaintiffs have – and have always maintained – appreciable confidence in their probability of success, they also recognize such success is very much without certainty. This case is factually complex courtesy of it being premised upon a multinational financial fraud, and legally complex due to the novel applications of various laws upon which it has been constructed. Such complexities carry inherent risk, and in a case owning its origins to gambling activity, it has always been understood an appreciably risky wager was being made.”

The agreement was approved on Jan. 6 of this year by Judge John K. Olson.

Fate of Swartzbaugh and Oulton

As part of the agreement with Tampa Bay Downs, PPC Poker Tour co-owner Bryan Oulton was listed as a plaintiff, though only so the other plaintiffs could collect any judgment in his favor. Those interests were represented by Kenneth Welt, Trustee of the Chapter 7 Estate of Oulton.

In 2017, Oulton filed for bankruptcy in U.S. Bankruptcy Court for the Southern District of Florida. According to documents, he had $890,000 in debt with only $414K in assets, and at the time was unemployed with no source of income.

Since then, Oulton completed the bankruptcy process and finalized a divorce earlier this month, which is also when Oulton’s legal representation filed an application for compensation, thus closing out the infamous poker chapter in Outlon’s life.

As for Swartzbaugh, he did not go the bankruptcy route and instead reached a settlement agreement with the plaintiffs in 2017.

In essence, Oulton and Swartzbaugh both agreed to pay back $60,000 each. Of that, $20,000 must be paid back over 50 months in $400 installments in order for the damaged party to not seek further relief. Toss in the settlement from Tampa Bay Downs and that means the Plaintiffs recouped $200,000 of the nearly $300K due to them. Additionally, there is nearly $2 million in combined judgments against PPC-related entities, though collecting on that is highly unlikely given said entities are no longer in business.

As all of the PPC drama unfolded, both Oulton and Swartzbaugh essentially went into hiding, deleting their social media accounts and dismantling the PPC website. To this day, both have largely remained under the radar and are out of the poker industry.

Bet For Victory With The BetVictor Welcome Offer