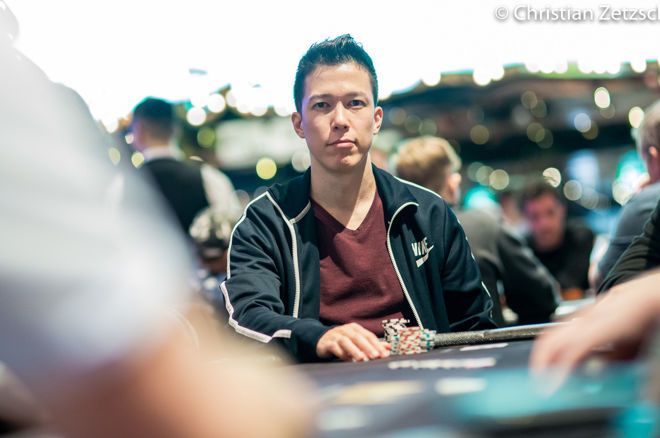 There were so many massive online poker tournament scores on April 12. The Irish Open Main Event crowned its champion and awarded more than €460,000. The first three Poker Masters events ran and several festivals created huge scores.

Let’s take a look at some of the most impressive prizes won.

In-form Luke “Bit2Easy” Reeves ducked out in fifth for $64,702 with Austria-based Belarusian Ryhor “Grisha813” Karapanau collecting $83,391 for his fourth-place exit.

British star Sam “SamSquid” Grafton finished in third and secured a $107,480 prize before the heads-up duo struck a deal before locking horns. That deal meant Simon “C.Darwin2” Mattsson banked $153,361 when he finished in second place, leaving Muehloecker to pad his bankroll with $160,706.

Mustapha “lasagnaaammmm” Kanit found himself in the winner’s circle when he topped a field of 258 in the $1,050 Sunday Warm-Up. Victory in this tournament netted the talented Italian $49,610.

Earlier at the final table, Chris “ImDaNuts” Oliver, formerly ranked first in the world for online MTTs, fell in fifth for $16,529 with “B4NKROLL3R” locking up the $28,635 third-place prize.

The player known as “onehundredeyez” took down the massive POWERFEST edition of the partypoker Big Game. The aforementioned Muehloecker’s old partypoker alias was “onehundredeyes” before the enforced change last year, which is worth bearing in mind.

One other player turned their $5,200 into a six-figure prize. That was “Kanchenjunga” who finished in third for $122,358. partypoker high stakes regular “GimmeHummus” netted the $89,043 fourth-place prize.

The partypoker MILLION smashed its guarantee out of the park with $1,301,024 being awarded to the top 792 finishers.

“Ladderless77” can now afford some ladders because they finished in top spot and saw $170,000 transferred to their partypoker account.

From €900K down to winning. Is Galfond the GOAT?

The $250 high roller phased tournament is always well-attended at GGPoker and this week was no different. A field of 2,744 fought it out for a share of $651,700. The top 368 finishers secured a payout, but it was the final four players who benefited the most as they struck a deal that divided up more than $240,000.

Everyone at the nine-handed final table walked away with at least $13,694 although only the champion netted six-figures.

888poker continued its resurrection with the $25,000 Sunday Challenge again beating its guarantee. Some 364 players bought in and it was the UK’s “Bazzurk888” who was the only player with chips in front of them when the curtain came down.

First-place this week weighed in at $7,443. All but two of the finalists added four-figure prizes to their lifetime winnings. “LikitySplit” of Canada won the biggest of the remaining prizes because second-place was worth $5,460 this time around.

Nobody won less than $1,994 when bounties were taken into consideration and the final three players now have five-figure prizes to brag about.