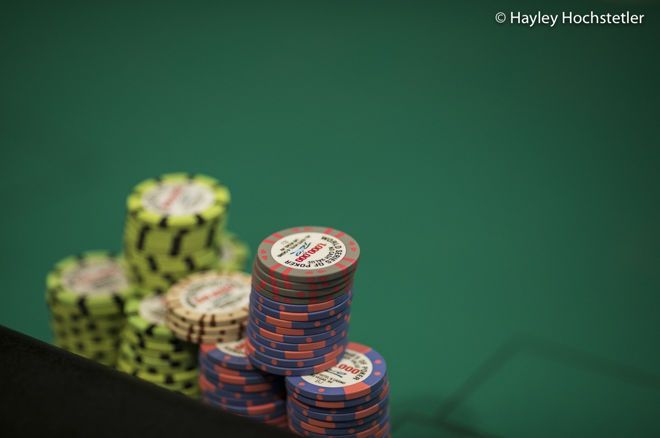 After weeks of anticipation and speculation, the announcement of the 2020 WSOP's postponement finally arrived on Monday. With the COVID-19 pandemic sweeping through the world, rendering both travel and the actual act of playing poker ill-advised at best, the idea that the WSOP was going to happen as planned seemed farfetched if not outright silly.

Headlines out of Florida about several recreational poker players dying after spreading coronavirus amongst themselves illustrated how dangerous the game can be in these times.

The official announcement, while not unexpected, does open the door for speculation about what the revised WSOP schedule could look like. Porting a two-month block of poker tournaments into some undetermined time slot in the fall — assuming COVID-19 has been controlled by then — means changes are nearly certain, something the WSOP hinted at in its presser.

"The 2020 WSOP schedule will be revisited as a result of the postponement, and changes are anticipated," the presser reads.

Nobody knows how long the WSOP might be able to run in a fall time slot or what sort of ambitions organizers might have. With numerous WSOP staff furloughed, there's no way to figure any of this out by asking, either.

So, what could the 2020 WSOP look like? PokerNews decided to poke into some different possibilities, with inspiration coming from the numerous articles out there exploring how sports like NBA and MLB might operate their seasons. Each event was placed into a tier in an attempt to guess how the schedule would look with different lengths of time allotted for the festival.

The past couple of Novembers, a WSOP Circuit stop has been held at Planet Hollywood. Given that the WSOP can at the very least block out that 12-day stretch at a sister property, it seems safe to assume that as the baseline for an abbreviated WSOP.

Playing the WSOP over the course of 12 days or so wouldn't be anything new. On the contrary, it would actually be something really old.

Back in 1976, for instance, in the seventh running of the WSOP, it ran May 3-15. However, featuring games like A-5 lowball and mostly just stud and no-limit hold'em, it's not really a series from which the WSOP can pull a blueprint. Of course, the Main Event structure was a bit shorter in those days, but it could always be started early.

First, how many tournaments could the WSOP fit into 12 days? Several days on this year's packed schedule featured three different events, so that seems like a reasonable maximum. Figuring the last day or two might be limited to some turbos, and the Main Event would take up most of the first few days even with a reduced field, plus holding a few events with multiple starting days, and around 20 bracelet events seems like it'd be the number.

In this scenario, the WSOP would face an interesting dilemma with the $50,000 Poker Players Championship. Assuming the Main Event kept the same long structure, would the PPC still run at all? The only time it might make sense would be a couple of days into the Main Event, when some of the players who might participate would be busted. Even still, it seems like they'd have a hard time co-existing in a 12-day schedule.

Given the prestige of the PPC, though, it's likely organizers would try to sneak it in, perhaps with a revised, quicker structure.

What other marquee events would be prioritized? The $10K Championships come to mind as an obvious answer, but low stakes players would need some bones thrown their way as well.

Put it all together, and the schedule could look something like this:

Of course, the above schedule marginalizes some popular events that many poker fans would be upset about missing.

For instance, thousands of seniors stream in every year for the $1,000 Seniors Championship. And the $1,000 Ladies Championship is an event that many women say year after year is the most fun they have playing poker. Sacrifices must be made, though, and events that can accommodate everyone would seem the most likely to make it into a super-condensed WSOP.

Those omissions could be rectified with a month-long WSOP, however. If the WSOP can unlock a month of convention center use — certainly no sure thing given how far out events are typically booked — many more events could take place.

How might the WSOP look with around 30 days to run? All of the aforementioned events could be included. In addition, many smaller-stakes mixed games would likely get in. Still on the outside would probably be more recent, non-essential stuff like generic no-limit freezeouts and the tag team.

With more breathing room for the Main Event and the PPC to use its traditional structure, this would likely be the type of schedule preferred by organizers and players alike.

Either way, the WSOP will almost assuredly look very different from the planned 101-event behemoth originally rolled out earlier this year. What those differences will entail exactly is anyone's guess, but poker players around the world will be watching and waiting, hoping the coronavirus pandemic clears up and the WSOP coalesces into something they can be excited about this coming fall.

Which events do you think are the most important to be included in a revised WSOP schedule? Let us know in the comments.