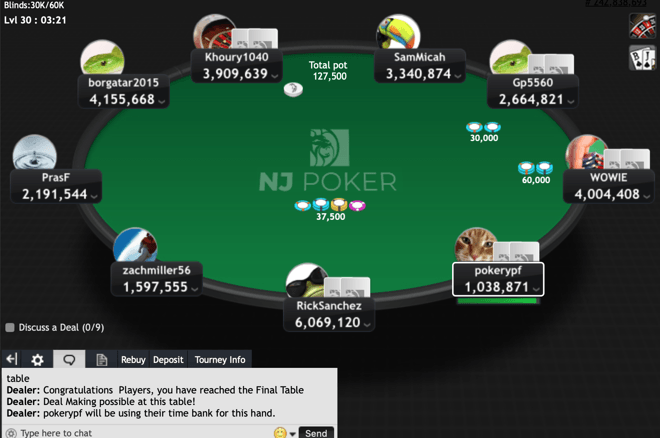 For the past week, the $20 buy-in 2020 partypoker US Network Online Mini Series Event #1: $10K GTD Phased NLH has hosted a series of six starting flights, which together attracted 411 entries. Of those, 96 returned to action on Sunday’s Day 2 finale.

In just four and a half hours, a winner had emerged in “UglyDave772,” who took down a $2,930 first-place prize. “UglyDave772” and “mdq25” began their heads-up match fairly even in chips, but the former soon pulled out to a lead.