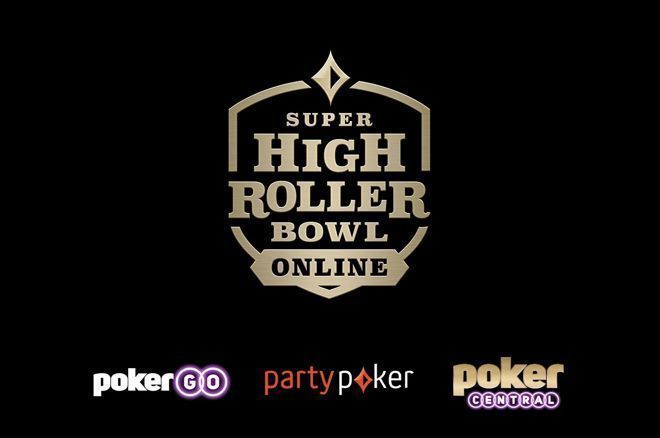 Ahead of tonight's coverage of the conclusion of the Super High Roller Bowl Online on partypoker, we bring you some of the biggest moments from Day 1 of the tournament.

Be sure to head to the SHRB Online Live Reporting Hub to follow along with all the updates as they happen.

Stephen Chidwick is no stranger to big buy-in tournaments with over $34 million in tournament earnings, however, he was an early elimination from the SHRB Online at the hands of Sergi Reixach

for trip aces, but Reixach held

for a full house and eliminated Chidwick.

This moves Reixach into the chip lead at the time, and he would survive into Day 2.

The former chip leader in the SHRB Online, Hossein Ensan was eliminated by Dan Shak after three-betting all in pre-flop for around 200,000 chips and Shak calling.

runout saw Shak river a full house and eliminate Ensan. Shak would survive into Day 2 with a top-five chip stack.

There weren't many four-way pots, but when there were, you often fireworks.

in a three-bet pot.

Over 360,00 chips were in the pot at this point and the four players checked. The turn was the

Addamo and Imsirovic quickly folded but Smith called. The river was the

. Smith checked and with over 500,000 chips in the pot Peters bet the pot putting Smith all in. Smith called.

for pocket aces but Peters showed

for a set and sent Smith to the rail.

Unbelievably, both Greenwood and Van Fleet had picked up pocket kings. There were no dramas on the {3-Diamonds}{6-Clubs}{q-Diamonds}{3-Hearts}{j-Hearts} board that saw Vieira sent to the rail.

Ayras Hits on the River to Double Up

Sometimes you have to get lucky to stay in any tournament and that's exactly what Pauli Ayras did in this hand.

and Sulsky checked again. Ayras shoved for 217,000 into a pot of around 115,000 and Sulsky went into his time bank before calling.

Sulsky was ahead with top pair, with Ayras holding just ten-high. However, Ayras completed his straight on the {8-Diamonds} river to double up.

With 13 players remaining in the Super High Roller Bowl Online you can follow all the action over on the SHRB Online Live Reporting Hub.