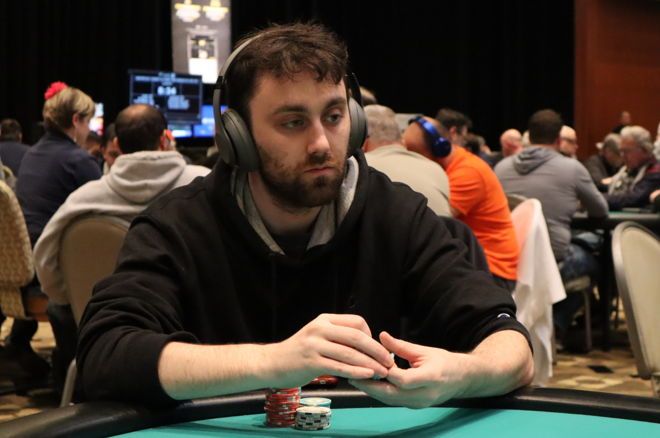 To close out the WSOP Circuit season, which saw 14 stops either impacted or canceled due to the pandemic, the WSOP hosted the “Season Finale” Online Circuit Event from June 3-14, which awarded 13 spots into the Global Casino Championship (GCC). A dozen of those spots were awarded to the winners of each event, while the final spot goes to the Casino Champ of the WSOP.com series.

The WSOP.com Online Finale Circuit Series, a 12-ring event online series that ran through June 14 for those in Nevada, New Jersey, and Delaware, wrapped up its twelfth and final tournament of the series on Sunday night. Event #12: $300,000 GTD Online Finale Circuit NLH Main Event 3x Re-entry featured a $525 buy-in and nearly doubled the guarantee with a final count of 718 registered players and 391 rebuys. The 1,109-entry poker tournament offered a total prize pool of $554,500 that was paid out amongst the top 150 players with a min-cash starting at $887.

In the end, Frank "spaghettiii" Marasco topped the field to capture a $127,535 first-place prize, his second WSOP Circuit ring, and a guaranteed spot in the online Global Casino Championship. Also at the final table were skilled players Thomas "OtB_RedBaron" Lim and Anthony "heheh" Zinno.

The Twelve tournament series has concluded and was a huge success. Originally announced with $1.5 million in guaranteed prize pools, the series was able to award $2,799,754! Two of these twelve tournaments were able to double the guarantee and those occured in the final four days.

The final event of the series, Event #12: $300,000 GTD Online Finale Circuit NLH Main Event 3x Re-entry, had 1,109 entries and resulted in an amazing finish. Frank "spaghettiii" Marasco won his second Circuit ring and $127,535 while locking up his seat in the GCC!