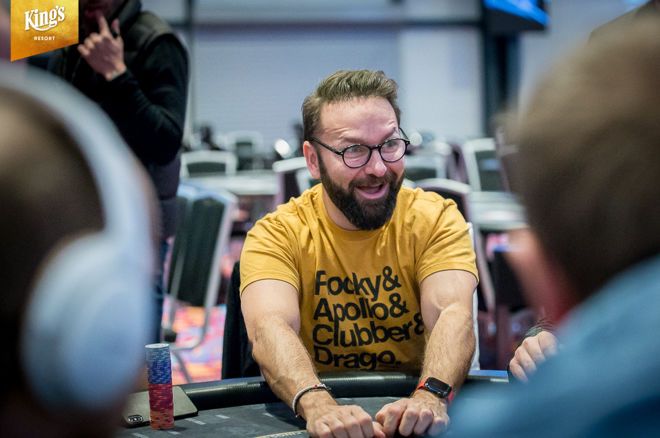 Six-time World Series of Poker bracelet winner Daniel Negreanu enjoyed a superb WSOP Online 2020 but his antics on Twitch, including receiving a ban from the streaming platform, have overshadowed what are a fantastic set of results.

Negreanu was determined to get his hands on his seventh WSOP bracelet by grinding the full WSOP Online 2020 festival on WSOP.com. While the Canadian superstar failed in that particular quest, he performed exceptionally well and racked up a list of cashes as long as his arm.

We only had to wait until the second bracelet-awarding event, the $1,000 No-Limit Hold’em 8-Handed Deepstack, to see Negreanu’s “DNegs” alias displayed in the payouts. Negreanu navigated his way to 18th place from 919-entrants and collected $5,849.

His largest score of the series came in Event #13: $1,500 No-Limit Hold’em High Roller Freezeout where he crashed out in 27th place for a $6,381 addition to his bankroll.

Negreanu embarked on an amazing run during the latter stages of the festival, finishing in-the-money in his last seven events from Event #20 to #26. By the time the dust had settled, Negreanu had cashed in 15 of the 26 scheduled events and won $36,732.

A Brace Of Twitch Outbursts; One Results in a Ban

We’re used to seeing Negreanu on our screens in the biggest televised events. He’s usually calm, collected and laid back, but he lost his composure twice during the WSOP online events.

Negreanu temporarily disconnected during Event #10: $600 Monster Stack. He disconnected as soon as the flop landed on the table and he serious lost his temper, thumping his fist on his desk, shaking his laptop and letting out some expletives.

A clip of the “Negreanu blow up” quickly circulated around social media with the majority of people reacting in a joking manner because we’ve all been on the receiving end of an untimely disconnection.

Watch Negreanu's reaction to disconnecting during a WSOP event

Threats of Violence to Viewer Who Insulted Negreanu’s Wife

Negreanu’s second outburst hasn’t been received in a positive light at all. In fact, it’s seen a backlash from some prominent members of the poker community, and has resulted in a ban from streaming on Twitch.

Someone called Tom Estrada was watching Negreanu’s play in the Event #24: $400 No-Limit Hold’em 8-Handed event and posted an insulting comment aimed at Negreanu's wife, Amanda. To say Negreanu didn’t take too kindly to the comment is one of the understatements of the year.

Negreanu then went on an expletive-filled tirade which prompted a number of prominent poker players took to Twitter to air their disapproval at Negreanu’s comments. Jamie Kerstetter said he was enjoying Matt Berkey’s stream “especially the lack of violent threats and homophobia.”

Doug Polk joined in with a trademark sarcastic tweet, simply stating “A masterclass in discipline”

Shaun Deeb and Negreanu have clashed several times over the years; there’s no love lost between these two stars. Deeb stated his hoped Twitch looked into the clip and banned Negreanu before claiming the WSOP wouldn’t do anything about Negreanu’s tirade.

I mean as much as I hate the guy in this clip that’s just not the way to represent yourself Or our industry hope… https://t.co/UavncKtJgv

Twitch Comes Down With The Ban Hammer

The WSOP has remained quiet on the issue but Twitch did indeed ban Negreanu from the popular streaming platform. Attempting to visit Negreanu’s Twitch channel brings up a holding page stating “Sorry. Unless you’ve got a time machine, that content is unavailable."

There’s been no official word from Twitch in regards to the length of the ban but the former GGPoker Team pro “Scrimitzu” tweeted he believes there’s a 90% chance the ban is for 24-hours and a “very slim” chance the ban extends to 3-7 days.

Negreanu will be hoping to put this episode behind him and allow his poker do the talking when he resumed his bracelet hunt online at GGPoker. He’s said previously he plans to head to Mexico so he can play on GGPoker and try secure what would be his seventh WSOP bracelet. Whether he streams his action once his ban is over remains to be seen.