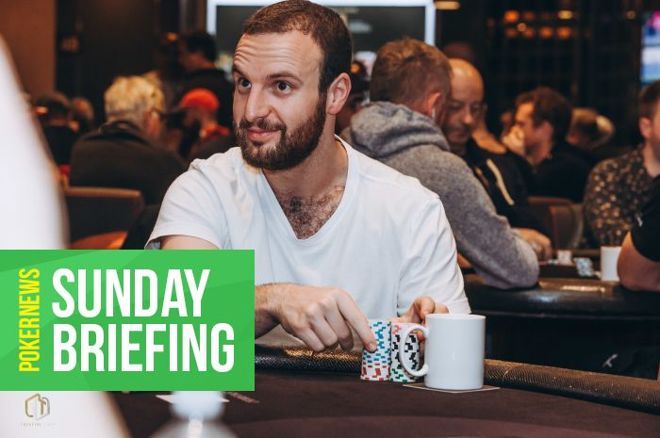 July 26 was another huge day for online poker tournament grinders who had dozens of high stakes events to choose from. The WPT World Online Championships continued at partypoker, while four players won WSOP bracelets at GGPoker, including Roberto Romanello who completed the coveted Triple Crown of titles.

There were plenty of non-festival tournaments too, here is the best of that action.

Ami Barer turned $5,000 into a much more substantial $90,506 by taking down the High Rollers Blade Closer $5K at GGPoker. Barer was one of 55 players in this high stakes event, which paid out the top seven finishers.

Pascal Lefrancois fell in eighth-place and burst the bubble. It was an expensive tournament for the French-Canadian because he fired three bullets in total.

“dugui777” finished in seventh place and banked $10,844. “FuTimReilly” and “Buttkus” were the next casualties before Adrian Mateos’ tournament ended in fourth-place, a finish worth $28,825.

Sam Greenwood made yet another deep run in a high buy-in tournament. He had to make do with the $39,930 third-place prize. Greenwood’s exit set up a mouth-watering clash between Barer and Christian Rudolph. Barer got the job done and his hands on $90,506, leaving Rudolph to collect the $55,312 consolation prize.

This week’s GGMasters saw its $500,000 guarantee blown out of the water thanks to 4,106 players ponying up the $150 buy-in. $566,628 was paid out and the majority of that princely sum was shared among the top four finishers who struck a deal late on and flattened the payouts.

Some of the other big scores at GGPoker on July 27 included:

Catch up on the GGPoker WSOP action

There was a British one-two in the PokerStars $1,050 Sunder Supersonic 6-Max and what a duo it was. The star-studded final table saw Peter “Belabasci” Traply bust in sixth for $6,799 and “krakukra” bust in fifth for $8,856 before “drupa-lucker” fell in fourth for the first five-figure prize of the night, namely $11,535.

Former EPT champion Alieksei “ale6ka” Boika crashed out in third to leave Max “goodeh99” Silver and Conor “1_conor_b_1” Beresford to fight it out for the title. Beresford was the player who emerged from the battle victoriously and with the $25,489 top prize in two. Silver walked away with $19,569 to show for his efforts. Beresford also chopped the $1,050 Sunday Warm-Up for $12,545.

One of the biggest prizes at PokerStars this weekend weighed in at $37,386, which was score awarded to Finland’s “nerdshok” in the $109 Bounty Builder. The Finn topped a 3,319-strong field to bank the $20,385 top prize. They also scooped an impressive $17,001 worth of bounty payments along the way, including that on the head of Ireland’s “penguy2” who was the tournament’s runner-up.

Check out these other big scores from PokerStars events on July 26:

Get ready for Esfandiari versus Hellmuth on PokerGO

The second of 12 WPT World Online Championships Championship Events kicked off this weekend, but there were some other notable tournaments taking place at partypoker too.

“Jupiter Jones” was the winner of the $320 buy-in Big Gladiator Mix-Max, a tournament that drew in a crowd of 462 entrants. Jupiter Jones got their hands on the $12,105 top prize and padded this with $11,351 worth of bounty payments.

“AKMaki95” won the $55 buy-in Gladiator Mix-Max. This affordable tournament attracted 1,922 players who ensured the ambitious $100,000 guarantee was hit. AKMaki95 banked a combined prize worth $9,829 when bounties were included.

“DubaiPrince4” was the worthy champion in the $20,000 A Good Tournament. This new event is proving to be popular with 888poker’s players and will continue to be so if it keep awarding its champion $7,854.

Receive rakeback when you buy into 888 MTTs early