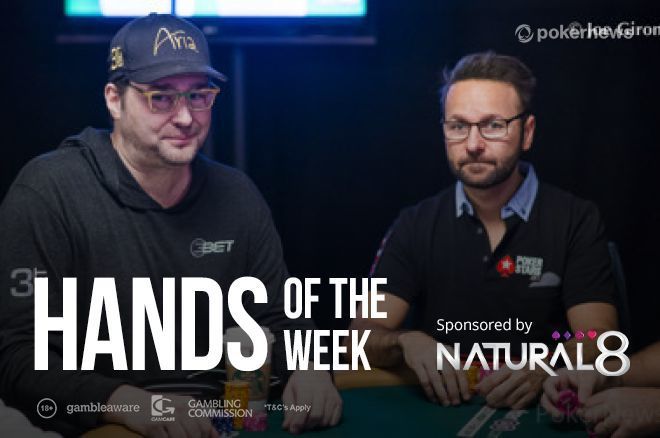 In Event #68: $500 No-Limit Hold’em Deepstack, it was Level 19 when GGPoker Ambassador Daniel Negreanu looked down at the

in the cutoff sitting on a 6.9 BB stack. After a raise to 2.1 BB under the gun from Simon Lofberg and reraise to 5 BB next to act, action folded to Negreanu. He opted to shove holding the same hand Phil Hellmuth had when he won the 1989 WSOP Main Event.

Lofberg isolated by jamming over the top and the three-bettor got out of the way. Lofberg turned over the

and it was off to the races. Negreanu held on the

flop, but disaster struck when the

spiked on the river to give Lofberg the lead.

Negreanu needed one of the two red nines to stay alive, and he took advantage of GGPoker’s fun “squeezing the river” option. Well, let’s just say he liked what he saw and he captured the moment on his stream, which he subsequently tweeted out.

SQUEEZING the RIVER - We get all in near the bubble of this WSOP Event and we have a big river squeeze sweat.… https://t.co/orblS2M8u2

It began when Nick "rdcrsn" Maimone opened the button for 600,000 and Diego "JaxTeller" Bittar called.

came on the flop. Bittar checked again after the

completed the board on the river and Bittar led out for 1,950,000. Maimone raised to 4,200,000 and Bittar got some bad news after he made the call. Bitar turned over

It was neither the biggest pot nor one filled with fireworks, but it was pivotal hand for Maimone, who pulled out to a more than 2:1 chip lead. Not long after, Maimone closed things out to claim the $302,472 top prize and his first gold bracelet.

and "NINASKH" looked him up with the

On a board of

, Van Blarcum was not able to get running cards for a full house.

Shortly after and just before the blinds went up, "sigep25" was part of a four-way pot to the

flop and bet 92,000, which only Skhulukhiia called. The remaining 10 blinds went in after the

Only one out would help and sure enough the

Natural8 2020 WSOP Online Hand of the Week: Herm Runs Into a Straight Flush