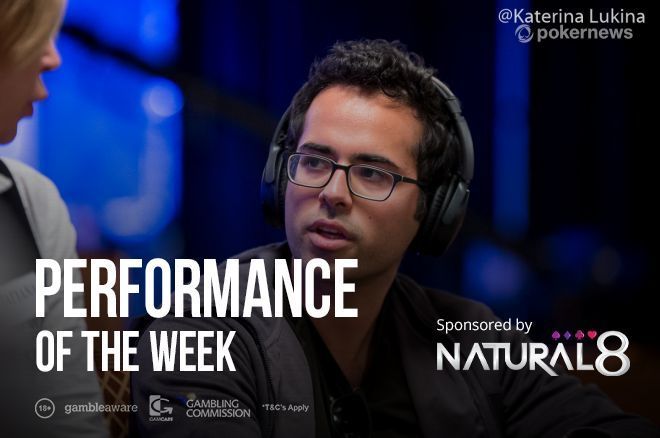 Each week, we’ll highlight those players who rise to the top through their performance, be it a dominating one in a single event, or an exhibition of consistency over several tournaments. Here’s a look at the POTWs thus far:

It’s been a heck of a series for Ajay "Ross_Geller" Chabra during the GGPoker portion of the 2020 World Series of Poker. Since July 19 up through last week, he’s notched 14 cashes totaling $191,937 in earnings.

What’s really impressive is those stats include four “Top 10” finishes, three final table appearances, and a victory in Event #72: $1,500 Limit Hold’em Championship, good for $77,475 and his first gold bracelet.

A couple of weeks later on August 8, Chabra killed it with two final tables. First, he finished eighth out of an 831-entry field in Event #53: $800 Double Stack PLO [Asia Time Zone] for $12,080, and then took ninth in Event #54: $10,000 Heads-Up NLH Championship, eventually falling to Alyssa MacDonald, who was recently a guest on the PokerNews Podcast.

It was a bunch of close calls for Chabra, who finally broke through on August 25 when he topped a 337-entry field to win the aforementioned limit tournament.

The online bracelet complimented a solid live career for Chabra. Dating back to 2015, he has amassed more than $1.3 million in live tournament earnings according to The Hendon Mob. That includes a career-best $350,500 for finishing fifth in the 2017 WPT Five Diamond World Poker Classic. In November 2018, he also won the WPT partypoker Montreal High Roller for $205,948.

Want to play on Natural8? Get a head-start with exclusive newcomer promos like the ultimate First Deposit Bonus, $8 Extra Bonus, and $500 Weekly First Deposit Freeroll.