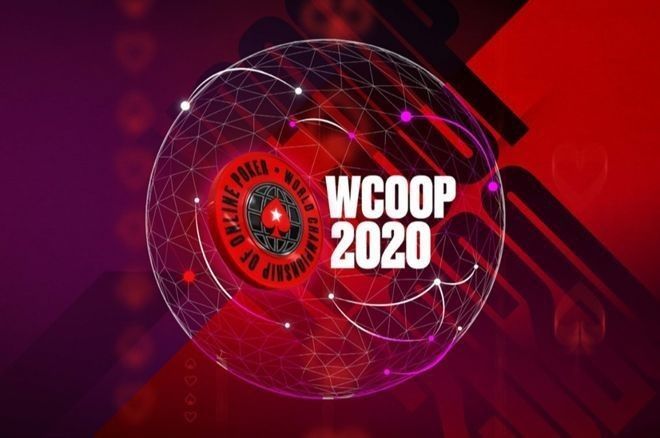 Three new champions were crowned on the sixth day of the 2020 PokerStars World Championship of Online Poker (WCOOP) with Russia's "LeslieGroves" collecting the biggest prize of the day after shipping WCOOP-16-H: $10,300 NLHE [8-Max, Progressive KO, High Roller] for $263,328 including bounties.

Check out below for more about everything that happened on Friday night on PokerStars.

Russia's "LeslieGroves" came out on top of a field of 95 entries in WCOOP-16-H: $10,300 NLHE [8-Max, Progressive KO, High Roller] in just under four hours of play on Day 2. They denied Brazil yet another WCOOP title of the current festival as Rodrigo "Seijistar" Seiji had to settle for the runner-up spot.

After heading into the final day in the middle of the pack with 35 big blinds, they scored the two biggest bounty prizes by knocking out Artur "mararthur1" Martirosian in fourth place and Seiji in heads-up, which boosted the accumulated bounty prizes to a huge $152,422. On top of that came a cash prize of $111,206 for a combined payday of more than 26 times the buy-in.

On the final table, Adrian "Amadi_017" Mateos proved to be a cat with many lives and doubled numerous times, most often through Martirosian. However, Mateos failed to earn a third WCOOP title and finished in 3rd place instead. Martirosian ended up in fourth place and earned a bigger payday than the Spaniard also thanks to knocking out Ole "wizowizo" Schemion and Joao "Naza114" Vieira in the same hand.

"IHackedRNG" seems to have won several events on PokerStars already with tournaments like the Big $109s and $215s, Hot $11, Bounty Builder $215 and $33 already under their belt but they get to add one of the most prestigious ones to their scores now with this win here today. "IHackedRNG" defeated Tomas "MASUR0N1KE" Kubaliak heads-up who laid claim to $80,783 for finishing in second place.

Just three champions were crowned Thursday night with no new official WCOOP beginning action yesterday to give players a chance to rest up for a big schedule over the weekend.

The final table featured four Brazilians. Three were remaining when the action was five-handed but Pablo "pabritz" Brito, "eduardodantas95", and "Sr.Hell" were eliminated in succession to leave just "herves01" and Ukraine's "kostanellys" remaining for a heads-up battle.

Despite missing out on a WCOOP title, "kostanellys" did manage to collect an impressive runner-up prize of $40,567 along with $1,127 in bounties to bring their total haul in this event up to $41,693.

All three WCOOP events yesterday played to conclusion. Thus there were no in-play events heading into Saturday's Day 7 from Day 6.

Saturday, Sept. 5 is a big day at PokerStars with 12 new events kicking off on Day 7.