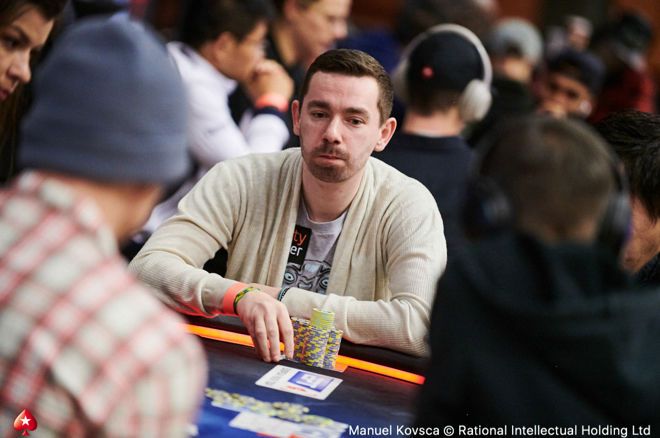 Day 3 of the 2020 WCOOP was another massive day of poker tournament action, one with bigprizes awarded across the board. Several events crowned their champion, while others whittled their fields down to more manageable levels. Let’s take a look at some of the highlights of Day 3 of this $80 million guaranteed series.

The WCOOP-02-M: $1,050 [8-Max, Progressive KO, Sunday Slam] concluded on September 1 and it was Russia’s Rinat “Zapahzamazki” Lyapin who was the last man standing.

Lyapin, who streamed a WCOOP victory on Twitch last year, has been in terrific form during the 2020 WCOOP and emerged as a worthy champion, a champion with $175,586 more than he had a couple of days ago. The Russian’s prize would have been even larger had he and his final two opponents not decided to strike a deal to flatten the payouts.

Before that happened, Alex “AlexGelinksi” Gelinski and the United Kingdom’s Andy “BowieEffect” Wilson busted, the latter losing a flip with queens against Yuri “theNERDguy” Dzivielevski’s ace-king.

A pair of Dutch grinders then fell by the wayside. “Killer_ooooo” and “Darwinfish” secured payouts of $49,340 and $57,401 respectively.

Dzivielevski saw his tournament end abruptly in fourth-place. The Brazilian star went on to secure a WCOOP title later the same evening. He won the WCOOP-09-H: $1,050 NL 2-7 Single Draw for almost $22,000.

The final three players struck a deal and it was Panama’s “JEIK0” who benefited from it the most as he crashed out in third-place. This finish weighed in at $123,047 and left Eduardo “Eduardo850” Silva and Lyapin to fight it out for the title.

Lyapin got the job done after Silva ran an unsuccessful bluff. Silva banked a combined $140,299 while the champion walked away $175,586 richer.

All eyes were on Shaun “shaundeeb” Deeb in the WCOOP-07-H: $2,100 PLO 6-Max because he was vying for his seventh title. Deeb managed to navigate his way to the final table, but the victory was just a stretch too far.

Deeb busted in fifth-place and won $16,504. Russian pro Konstantin “krakukra” Maslak’s tournament ended in sixth-place for $12,453 before Deeb fell by the wayside.

Maslak’s fellow Russian, “Us_Alex” was the fourth-place finisher, a result worth $21,872. Another Russia, Rinat “Zapahzamazki” Lyapin, fell in third. Lyapin won the WCOOP-02-M: $1,050 8-Max, Progressive KO, Sunday Slam on the same night! Lyapin has done his chances of becoming the player of the series no harm at all.

Lyapin’s exit left Hungary-based Irishman Andrew “UlDuffer” Sweeney and “Juicy_J_93” of Canada to lock horns heads-up for the title. The Canadian got the job done and banked the $50,910 top prize for themselves, leaving Sweeney to pad his bankroll with a still respectable $38,415.

The likes of Sam “Str8$$$Homey” Greenwood, Niklas “Lena900” Astedt, and Chris “Big Huni” Hunichen were among those who busted before the money places. Spare a thought for Christian “WATnlos” Rudolph who busted in 12th place and earned the unwanted title of bubble boy.

Rudolph’s exit left 11 players in the hunt for the $238,966 top prize. The 11 returning players are all guaranteed $25,238 but with such a massive prize awaiting the champion, none of them will want to crash out early when play resumes on September 2.

Ludovic “ludovi333” Geilich is the man to catch going into the second and final day. The flying Scotsman has 3,627,101 chips in his arsenal, a handful more than the supremely talented Timothy “Tim0thee” Adams on 3,613,033.

The rest of the field reads like a who’s who of the online poker world. Tune into the PokerNews Live Reporting pages on September 2 to see if the likes of Artur “mararthur1” Martirosian, Ole “wizowizo” Schemion, Thomas “WushuTM” Muehloecker or Mikita “fish2013” Badziakouski can stop Geilich and Adams from locking up another title and a monster-sized top prize.

Follow the Action as the WCOOP-10-H Champion is Crowned

Besides the PokerNews live reported events, the following tournaments will conclude on Wednesday, September 2.

While the above events will play down to a winner, the following new WCOOP events will kick off alongside them on Wednesday, September 2.