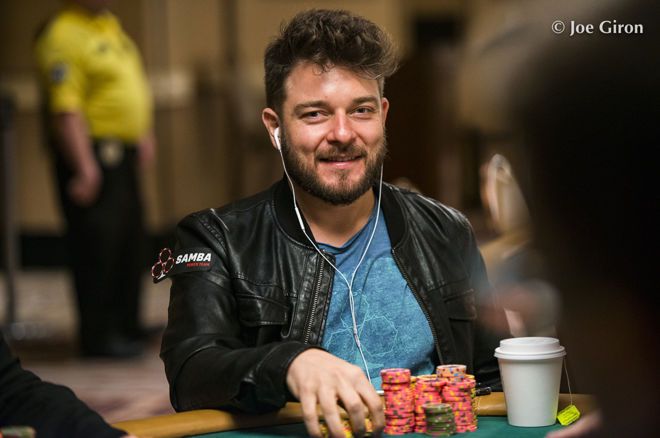 There's been plenty of countries that established themselves as a force to be reckoned with over the years. Needless to say, the United States has always been around, and Germany has established itself as a well-known poker powerhouse for years. But the past years, it's been Brazil that's been crushing it at the tables, and the verde e amarela has become ubiquitous with poker success.

Day 19 of the 2020 PokerStars World Championship of Online Poker (WCOOP) was no different as Fabiano "Kovalski1" Kovalski won the third WCOOP title of his career in as many years in WCOOP-59-H: $5,200 NLHE [8-Max, Midweek Freeze], defeating Steve "Mr. Tim Caum" O'Dwyer heads-up to secure a payday of $119,483. In the WCOOP 2020, Brazilians have already claimed a staggering total of 29 titles.

Check out below for everything that transpired in the WCOOP on Thursday night.

The year of Brazil continues as yet another title in the PokerStars World Championship of Online Poker 2020 has been awarded to a player from the poker stronghold in South America. Fabiano "Kovalski1" Kovalski who earned his third WCOOP title in as many years in WCOOP-59-H: $5,200 NLHE [8-Max, Midweek Freeze] after defeating Steve "Mr. Tim Caum" O'Dwyer to best a field of 97 entries and took home the lion's share of the $500,000 guaranteed prize pool.

The Brazilian has already cashed for more than $3.5 million on PokerStars and racked up several cashes in the ongoing festival including a 4th place in WCOOP-27-H: $1,050 NLHE [Freezeout] for $32,915. The latest victory comes with a top prize of $119,483 whereas runner-up O'Dwyer was denied a second title and received a consolation prize of $92,338.

A big victory for Dutchman Joep "Pappe_Ruk" van den Bijgaart who reigned supreme in WCOOP-61-H: $1,050 NLHE [6-Max, Progressive KO, Freezeout] for a first-place prize of $32,452 and an additional bounty of $35,645. Van den Bijgaart defeated Narcis "Narcisus90" Nedelcu heads-up, with the latter also receiving $32,452 but settling for a lower bounty of $16,090. Ole "wizowizo" Schemion, Ognyan "cocojamb0" Dimov, and David "deivid29" Tovar were among the big guns making the final table.

The Dutchman has over a decade-long track record of crushing in the mid- and high stakes on PokerStars and scored his second WCOOP victory last night. He established his name on the international circuit back in 2011 after making one of the greatest folds in EPT history against Ben Wilinofsky at EPT Berlin.

With Van den Bijgaart's win, the Dutch now have nine titles to boast during the WCOOP 2020.

No fewer than fifteen winners were crowned on Thursday night. Check out below for a complete overview of all the events.

Nevanlinna is the reigning WCOOP Player of the Series and continued his success with a win in WCOOP-60-M: $55+R PLO [6-Max] for $22,363. Francisco "Tomatee" Benitez, Noah "Exclusive" Boeken, and Pimmss were also at the final table.

Third time was the charm for Andrey "Kroko-dill" Zaichenko in this event, who turned his third bullet into a payday of $24,745 in WCOOP-62-H: $1,050 Stud Hi-Lo. Noah "Exclusive" Boeken also ran deep in this event, finishing seventh.

Just three tournaments are in-play and will continue on Saturday, as Friday is an offday.

Friday is an offday for all WCOOP-players! New events will kick off on Saturday, while the big Main Events including the $10M guaranteed $5,200 Main Event begin on Sunday!