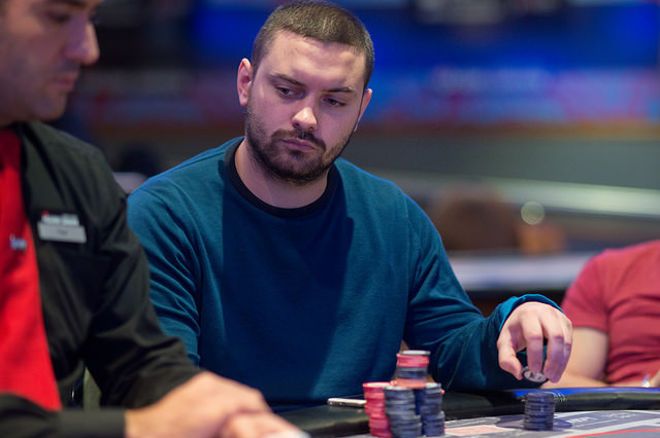 The World Poker Tour (WPT) has updated both its Player of the Championship and the Rising Star leaderboards as the WPT World Online Championships enters its final week. Both leaderboards are still led by the same players as last week, but there are a few new additions to the chasing pack.

Current Player of the Championship Top 10

Scott Margereson holds onto the number one spot in the Player of the Championship race and looks set for a $50,000 cash prize. Margereson added another 25.40 points to his tally during the past week, yet his lead has been slashed from 43.25 points to only 20.40.

How is this possible? Because Phil Mighall has soared into second-place following his victory in the $10 million guaranteed WPTWOC Main Event. Mighall came out on top of a 1,011-strong field to secure a $1,550,298 prize, which happens to be a career-best for the Brighton-based grinder.

Team partypoker’s Roberto Romanello has jumped from sixth to third-place and is now set for a $5,000 cash boost as a result. Romanello is followed on the leaderboard by teammate Kristen Bicknell and Main Event 10th place finisher Artur Martirosian.

Andrii Novak and Thomas Boivin still find themselves in the top 10, as does Dimitar Danchev who slid into 10th place at the last update.

Team partypoker’s Patrick Leonard has closed the gap between Luiz Constantino and himself to only 22.87 points in the race to become the WPTWOC Rising Star. This leaderboard is open to everyone who playing in a WPTWOC tournament with a buy-in of less than $320. Only the best 10 results count towards their total, however.

Leonard may have closed the gap on the leader, but third-placed Andres Ojeda is hanging onto Leonard’s coattails; the British star can’t shake him off!

There aren’t many points separating the rest of the top 10, one big result in the final stages of the festival could see that play leapfrog several opponents.

Gabriel Merenda climbed from seventh to fourth-place this week and potentially increased his payout by $1,500.

Any leaderboard prize money won by members of Team partypoker becomes available to partypoker customers in the form of a special freeroll bearing the winner’s name. Right now, this means you’ll be able to play in a $3,000 Kristen Bicknell, $5,000 Roberto Romanello, and a $6,000 Patrick Leonard.

Of course, you need a partypoker account to get involved in any WPTWOC event or any special Team partypoker freerolls. We can help you with that. Download partypoker via PokerNews and get ready to receive up to $30 worth of tournament tickets over the period of seven days.