Grind Your Way to a Share of €27,000 in HexaPro Daily Races at Unibet Poker 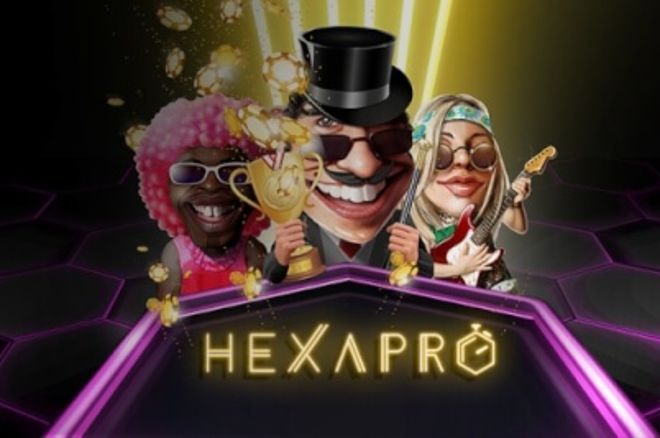 Well, look no further than Hexapro at Unibet Poker where not only you can win up to €100,000 in one single game in just minutes but also win a share of €27,000 in the Hexapro Daily Races between May 22 and June 18.

Sunday's are even more special as you Unibet Poker doubles the prizes on the biggest grind day of the week.

These games are offered at seven different buy-ins ranging from €1 to €100 to suit players with both big and small bankrolls.

As we already mentioned, Unibet Poker is hosting HexaPro Daily Races where they are giving away €27,000 in cold, hard cash to its biggest grinders.

What we didn't already mention is that it isn't just one race, but three separate races for Low, Mid, and High with buy-ins listed below for each tier.

Don't stress out if you like to mix-up your buy-ins a bit as players can compete on all three leaderboards at the same time.

How to Earn Points

In addition, you will also receive extra points every other time you hit a 1.5x multiplier, which is the most common awarded.

The daily winner of the HexaPro Daily Races High Leaderboard awards €500 every day with winner receiving €250 and the top three places receiving at least €100.

The prizes are doubled on Sunday along with a fourth-place prize added of €100. This means €1,100 in prizes is awarded every Sunday.

The Mid Leaderboard gives away €200 every day with €100 going to the winner. This is increased to €450 on Sundays with the top five spots awarded at least €25 and the winner getting €200 added to their account balance.

We imagine the Low Leaderboard is where most of you will win up grinding. The good news here is that this is where the biggest quantity of prizes is awarded.

A total of 10 spots will be awarded a share of €125 on Mondays through Saturdays and 15 spots walking away with a share of €265 on Sundays.

If you like the idea of winning big every day in HexaPro Daily Races you will obviously need an account at Unibet Poker.

Don't worry if you don't already have an account as we are about to make your day a bit sunnier with a robust welcome package that includes €20 worth of poker tickets and a welcome bonus of €200.

Simply, download Unibet Poker through PokerNews and make a deposit of at least €10 and to receive one cash game ticket worth €8 and three tickets for Unibet Open satellites worth €4 each. Furthermore, you’ll also get your hands on a €200 playthrough bonus.

The money from this bonus is released into your available balance as you hit specific rake milestones. Check out the table below for all the juicy details: