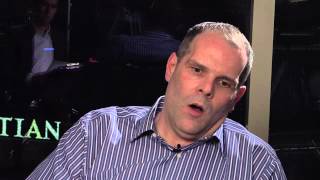 Howard Lederer is a professional poker player currently residing in Las Vegas, Nevada. In 2000 and 2001 Lederer won two World Series of Poker events. He has another 43 WSOP cashes on his record and two World Poker Tour titles.

Howard Lederer was born in 1963 in Concord, New Hampshire. He is mostly known in the poker world for winning two WSOP bracelets along with two WPT titles as well as establishing and managing the infamous Full Tilt Poker online poker site.

From an early age Lederer was a keen chess player and spent most of his time playing the game. He moved to New York in his late teens to study at the Columbia University and discovered some of the biggest chess clubs in town, the Marshall Chess Club and Manhattan Chess Club. That's where Lederer picked up poker. He soon got good at it and eventually moved to Las Vegas seeking higher stakes and more juicier action.

Lederer has two World Series of Poker bracelets in his trophy collection and a total of 43 WSOP cashes. In 2010 he finished second in the non-bracelet Tournament of Champions invitational event collecting his biggest WSOP cash prize of $250,000.

Lederer has two World Poker Tour titles to his name along with three more first place finishes in non-championship events. Lederer won his first WPT tournament in 2002 when he came out victorious in the World Poker Finals $10,000 Main Event in Mashantucket for more than $320,000. Just one year later Lederer triumphed in his second WPT championship event, the Party Poker Million II $5,000 Limit Hold'em and collected almost $300,000 for his win.

In January, 2008 Lederer scored the biggest cash prize in his career of almost $1.1 million which he collected for winning the Aussie Millions $100,000 No-Limit Hold'em Challenge. Two years later he took home $250,000 for the runner-up finish in the FullTiltPoker.com Doubles Poker Championship Finals in Las Vegas. Lederer was also a regular at some of the most popular TV poker shows such as Poker After Dark and Sky Sports' Poker Million. He won a number of these televised tournaments taking home six-figure cashes.

Lederer was the founder and one of the directors of the Full Tilt Poker online poker site. He also represented the brand in live tournaments. In 2011 along with two other Full Tilt directors, Rafe Furst and Chris Ferguson, Lederer was indicted by the U.S. Department of Justice for money laundering and fraud.