Mike Sexton Looks Back at Limit Hold'em Days on the WPT: Part One 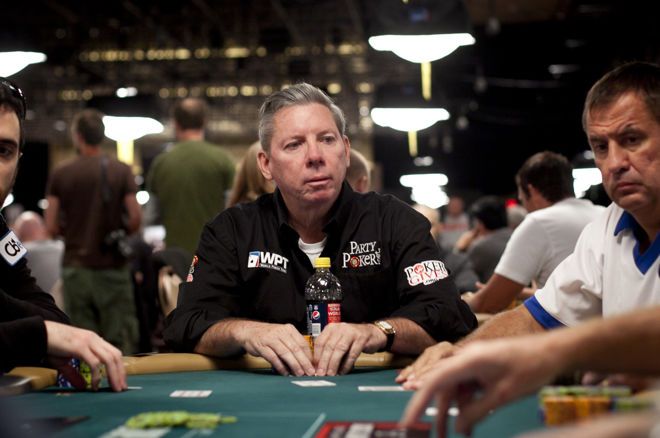 When Mike Sexton was presenter on the World Poker Tour’s Limit Poker, it was a huge game — the only game in town for years. A lot has changed in poker since those days, and like the seven-bet all-in shove and the lipstick camera, its popularity has faded.

“It’s completely gone away,” Sexton commented, with a touch of regret. “When we launched partypoker there were only Limit games, there wasn’t any No-Limit poker. The two sites that launched before us, Paradise Poker and Planet Poker, didn’t have No-Limit poker either. Nobody had it back then.”

Limit poker now has a reputation as a game that is less entertaining than its ‘all-in’ cousin that has taken over popular poker coverage. But in 2002, the partypoker Million was launched — literally, on board a cruise ship — in the Limit format.

“We launched our site with a Limit Hold’em tournament, the partypoker Million. We qualified a hundred players from the site to go on a luxurious cruise ship where they had the chance to play for a million dollars first-place prize. We allowed other players who wanted to join the cruise to enter for $8,000. I’m shocked to this day that we only managed to get 30-something entries with a million-dollar first prize.”

"We qualified a hundred players from the site to go on a luxurious cruise ship where they had the chance to play for a million dollars first-place prize."

Approached by a mysterious man, Sexton and partypoker were guinea pigs for a tour that would travel the world. It would turn out to be a pioneering moment in poker history.

“A guy called me up called Steve Lipscomb, he said: ‘I think I can get your partypoker Million on television and it won’t cost you a dime.” All the networks turned him down. Only the Travel Channel and Discovery Channel allowed him to put the show on the two-hour slot - he was adamant about that - and Wednesday nights became poker night in America. He came on with a film crew, filmed the partypoker Million and they put that tournament on the Travel Channel. It was their biggest hit show they had all year long.”

One thing led to another with the television executives and Lipscomb was able to develop the next step in TV poker.

“I’m certain that because that show was such a hit and Steve Lipscomb did it, when he developed the WPT about a year later, the partypoker Million became one of the original tour stops. We were adamant that we would maintain it being a Limit Hold’em event. All the other events on the World Poker Tour were No-Limit Hold’em.”

The Travel Channel encountered the same success in terms of figures, with the WPT its best-performing show five years on the trot.

"He came on with a film crew, filmed the partypoker Million and they put that tournament on the Travel Channel. It was their biggest hit show they had all year long.”

“Had he [Lipscomb] not had success filming that first-ever partypoker Million, there may not have been a World Poker Tour. The first one was so exciting, it was so much fun. Everybody loved it. I look back at those events now and I see the players who made those final tables when we had Limit Hold’em and, wow. Kathy Liebert won the first partypoker Million, while Phil Hellmuth finished third, Chris Ferguson finished sixth, with Mel Judah making it to the final table, too. Each of those pros put up the $8,000 to enter.”

It seems like the best value buy-in of all-time. The added value of the million-dollar top prize made it a return on investment of 12,500% for Kathy Liebert. Holding the inaugural tournament was one thing, but developing it was the real fun. The WPT family grew with a raft of stellar names making it onto the boat. However, the second season’s champion, who would later become a very controversial poker figure, didn’t take part in Season one for a highly singular reason.

"It seems that when you have Limit Hold’em tournaments, the great players get to the top more than they do in No-Limit Hold’em.”

“Howard Lederer came on the inaugural partypoker Million with his wife Suzie and they wouldn’t let her on at the time because she was eight months pregnant. She told him to stay on and play but he said “No, no” and came back the next year and won it, with Chip Jett second and Erick Lindgren finishing seventh.”

Two years in and the ratings were flying. The World Poker Tour was sailing into unchartered waters, but with Sexton and Vincent van Patten at the helm, they could dodge any icebergs in their path.

“The next year in 2004 was our biggest event on the ship and the line-up on the final table was just mind-boggling. Erick Lindgren won it, Daniel Negreanu came second, and along with Barry Greenstein, Scotty Nguyen and John Juanda, the biggest names in poker made the final table. For our third partypoker Million, we chartered the whole ship. We had 2,200 players on board and we had signage all over the ship. We could make any announcements we wanted to because there weren’t any other functions on the boat. It was very cool. When I look back on it now, it seems that when you have Limit Hold’em tournaments, the great players get to the top more than they do in No-Limit Hold’em.”

Limit poker's place in the World Poker Tour couldn't last, but how it changed and where Limit went would frustrate Mike Sexton along with thousands of other players. If you want to know what happened and how Limit might be on its way back, you’ll have to read Part Two as Mike Sexton continues to look back at Limit Hold'em on the WPT, coming soon.