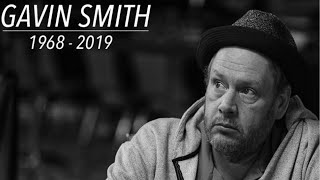 WSOP 2014: Haralabos Voulgaris On Why The One Drop's Field Is Smaller

WSOP 2014: Kicking Off The Big One For One Drop

WSOP 2014: Erick Lindgren Wins a Seat to the Big One for One Drop

Growing up with a love for the competitiveness of sports, Erick Lindgren picked up Texas Hold’em while working as a blackjack dealer at an Indian casino located near his college. The competition drew him in and he was hooked. Soon, Lindgren would drop out prior to attaining his degree in order to play poker full time. At first, Lindgren hid his decision from his parents.

The more Erick played, the better he got. He took up a job as a proposition player at a casino in California. While not propping, Lindgren multi-tabled online almost every waking hour that he could. He progressed quickly and after a few years realized that moving to Las Vegas was the next logical step. In 2002, he did just that and hit the poker scene in Vegas with full force.

Dropping out of college seemed to be the right decision. With the full amount of his focus on poker, Lindgren put together a nice streak. In the final month of 2002, Lindgren won the Bellagio Five Diamond World Poker Classic. A little under a year later, he would win another big event when he captured the title at the WPT’s Ultimate Poker Classic. The following year after that, Lindren scored big again when he won $1 million for taking first place in the PartyPoker Million III.

In 2005, Erick had another amazing year on the felt. He placed second in a WSOP Circuit event in Atlantic City and followed that up with a final table at the L.A. Poker Classic. One week later, he would find himself at another final table. This time it was the Professional Poker Tour in L.A. and this time he would win. The year began in an amazing fashion and continued with multiple other cashes.

The next year, things didn’t change much from the start. Lindgren placed third at the Borgata Winter Poker Open for almost $300,000 and then won an event at the Five-Star World Poker Classic for over $260,000.

Erick then went on to cash four times at the WSOP during the summer of 2006, coming ever so close to a bracelet after finishing second in a short-handed event. Although he pocketed over $350,000 for his efforts, the coveted gold bracelet still eluded him. It would take Lindgren two more years, but he would finally wrap the jewelry around his wrist in 2008.

Winning his first bracelet seemed to mean the world to Lindgren after he captured the Mixed Hold’em title and almost $375,000 in prize money, but that’s not all he would accomplish during the 2008 WSOP. Lindgren cashed in five events that year including a third-place finish in the star-studded $50,000 H.O.R.S.E. Championship. With such great results that year, Lindgren won WSOP Player of the Year.

Amongst some of Erick’s other poker accomplishments are a win at the FullTiltPoker.net Poker Pro Showdown in 2006 for $600,000 and first place at the $100,000 buy-in event at the 2007 Crown Aussie Millions Championship to pocket AUD$1 million. Lindgren also won the tournament that he hosted in the Full Tilt Online Poker Series (FTOPS) good for $291,000.

In off-the-felt action, Lindgren once took up Gavin Smith and Phil Ivey on a prop bet where he was challenged to complete four rounds of golf at a Las Vegas course in one day. The stipulations were that he must carry his own bags and shoot a score under 100 each round. Erick was successful in completing the bet and pocketed $350,000 on a day when the temperatures skied to over 100 degrees.