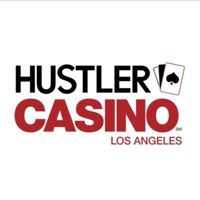 Hustler Casino opened its doors in Gardena, California more than two decades ago on June 22, 2000, by the legendary Hustler founder Larry Flynt through his holding company El Dorado Enterprises Inc. and has quickly grown into one of the most popular places to play poker in California with the casino conveniently located just 15 miles outside of downtown Los Angeles.

Flynt purchased the site of the El Dorado club in 1998 before demolishing the facilities in order to fulfill his wishes of building an upscale casino designed to attract high-stakes players. The everyday player should also feel more than at home at the Hustler Club with many low buy-in games running around the clock. The casino undertook a major expansion in 2007 with the multiuse Crystal Room, which is used for hosting conferences and poker tournaments or for extra floor space on busy days.

The poker room has notoriously run some of the highest stakes games in the United States including a legendary $2,000/$4,000 with a $1,000 ante Stud game featuring a $200,000 minimum buy-in. Many legends have invested significant time at the casino including Phil Ivey, Ted Forrest, Barry Greenstein, and the late Chip Reese.

This doesn't mean one needs to be a baller in order to enjoy the luxury of the Hustler Casino as players with less deep pockets can enjoy low-stakes poker including $1/$3 no-limit hold'em around the clock with the poker room open 24 hours a day, seven days a week. In addition, the daily tournaments are designed for lower-stakes players with buy-ins as low as $80 and the most one can spend is $140 including the optional add-on six days a week.

The poker room boasts 50 tables with more possible during special events or busy periods. This is on top of the 30 tables dedicated for table games for those that want a break from poker.

Cash games run nonstop at the Hustler Casino, especially at stakes of $5/$5 and lower. Games can be played at limits higher than those listed in the table above. Rake is typically capped at $6 for most games, except for the $1/$3 NLHE which is capped at $5. In addition, the casino charges a $1 rake if no flop was seen.

Hustler Casino boasts a lucrative promotional scheme where cash game players earn up to $2 an hour in cashback. This is in the form of a virtual currency dubbed Hustler Bucks, which can be used for the following.

The Hustler Casino hosts a daily tournament every Monday to Saturday for lower-stakes players. Regardless of the event, players start with 25,000 in chips.

Bigger tournaments are held throughout the year as part of a poker festival, many of which are created by Hustler Casino and honoring the late Larry Flynt and his late wife Liz Flynt.