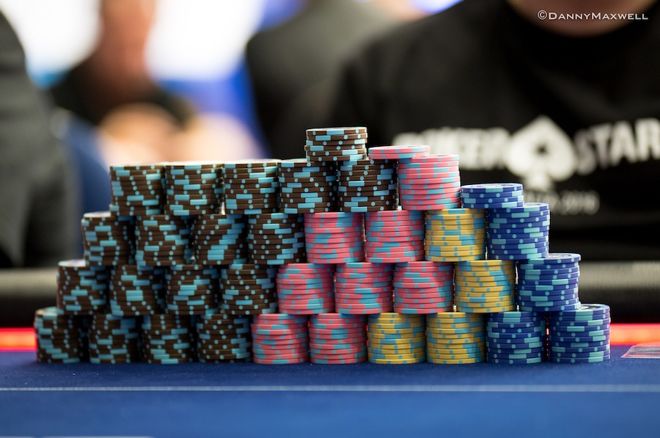 Watch enough final tables, especially those featuring poker-player commentators immersed in the latest tournament strategy, and you begin to pick up on new, useful concepts. Sometimes these concepts can be a bit confusing to understand the first few times you hear them mentioned — case in point, the tournament-related concept of "ICM" or the "Independent Chip Model."

"He's acting like he's thinking... but really, he just can't call here. He would be committing ICM suicide."

That's something you might hear a commentator drop into the analysis, an observation that assumes the audience knows what ICM refers to and what it means to commit some sort of self-destructive act related to ICM. It's an especially helpful concept to understand when playing final tables — or when playing single-table sit & gos. But not everyone appreciates what ICM really means or how it can affect big decisions late in tournaments.

In this article we'll focus on introducing concept of ICM as it applies to strategic considerations for the "standard" sit & gos that we're focusing on — that is, single-table, nine-handed SNGs in which the top three spots make the cash.

There are a couple of distinct ways ICM applies to tournament poker, one of which has to do with those final table deals we sometimes see happening on live streams or in online poker tournaments. While we aren't really talking about deal-making in this series, a quick discussion of an "ICM deal" is not a bad way of introducing the Independent Chip Model.

When you play a poker tournament, there's an amount you pay for the buy-in for which you receive a starting stack of chips. Let's say in this tournament the buy-in was $5,300, with $5,000 going to the prize pool and the rest being the fee (for staff/dealers), and the starting stack was 20,000 chips.

You could say the "real money value" of each chip at the beginning of the tournament was 25 cents, since each dollar going to the prize pool equates to four chips ($5,000 gets you 20,000 chips). However that "real money value" instantly started to change once players began being eliminated. With the tournament down to just three players, you can see at a glance how the value of each individual chip has dramatically changed.

One way of handling a final table "chop" is to follow the Independent Chip Model for assessing exactly how much each chip is worth. It's a complicated formula that requires a calculator to work out, but essentially what is being determined is the value of each player's chips in real money as indicated by the other players' stacks and by the payouts.

Plugging the chip stacks and payouts into an ICM calculator (such as this one) suggests Al should get $83,891.63, Bob should get $63,978.78 and Cathy should get $52,129.59. That would "flatten" the payouts somewhat and guarantee each player a nice payday that exceeds what third-place was scheduled to get.

What is being calculated is each player's chance of finishing in each of the remaining positions (as determined by their chip stacks). Not taken into account is the relative skill level of each player, which if obviously different might cause them to want to alter the numbers a little.

In any event, you can see how at the end of the tournament it's no longer correct to say each chip is "worth" 25 cents. In fact, if you divide the chip stacks by the ICM payouts, you can see each chip is actually worth less now, and that each chip is worth a different amount to each player.

The point to take away here is to understand the value of your chips changes throughout a tournament or sit & go. Your chance of making the money or finishing first changes every time your stack size changes. In fact, it changes even when your stack remains the same but other players' stacks change!

Let's turn our attention back to sit & go strategy and start making this abstract idea about tournament chips and their constantly changing value a little more concrete.

Just like at the start of a multi-table tournament, in a nine-handed SNG every player's chips are worth something when the first hand is dealt. And those chips continue to have real money value as the SNG progresses, even though only three of those nine players are actually going to cash.

If the players struck an ICM deal at this point, all four of them would get part of the prize pool. But no deal is being made, so running an ICM calculation here only gives us the expected value and not the actual value of each player's chips.

The blinds are 100/200, and a hand arises in which Zachary open-shoves from the small blind. The action is on Xavier in the big blind and he's been dealt

Xavier has seen Zachary being aggressive with his chip lead, so he believes his hand is probably ahead of Zachary's range. Let's go so far as to say Xavier knows he's about a 55 percent favorite here — that Zachary has pushed with a hand like

These are the kinds of decisions that come up constantly in sit & gos. Having even just a general idea of how ICM determines the value of chips can help Xavier decide whether or not to take the chance by calling.

We won't go through all of the ICM calculations for everyone here, but let's summarize Xavier's situation in order to illustrate how having some idea about ICM can help him make his decision.

Plugging everything into the ICM calculator shows that before the hand Xavier's chips were worth $24.66 — that is to say, ICM suggests that on average he'd ultimately win that amount given his stack size relative to others' and considering the $50/$30/$20 payouts.

Folding wouldn't change that much — he'd still be at $23.75 or almost the same equity. Calling and winning would bump him up to $35.36, putting him first both in chips and in equity. Note that Xavier would double his stack, but the relative value of each chip would be less afterwards, meaning he wouldn't double his equity.

And, of course, calling and losing would reduce Xavier's equity to $0.

Calling in this spot isn't worth the risk for Xavier. Having some notion of ICM and the value of his chips can help him figure that out.

Understanding ICM also helps Zachary here, too, encouraging his shove from the small blind as he knows Xavier can't call even with very good hands — not with Wayne is sitting over there with a shorter stack.

Next time we'll continue by sorting through some practical applications of ICM to sit & go strategy, showing how having even a rough idea of some standard ICM spots can help increase your chances of sit & go success.

Ready to start giving sit & gos a try? Put these tips into practice at partypoker.