Getting Bluffed Isn't Always As Bad As You Think 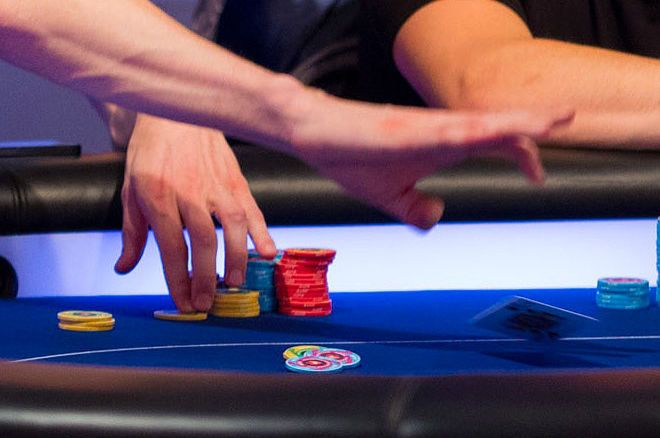 Don't you just hate getting bluffed? I do. There are some poker players who almost never get bluffed. They are called calling stations. Don't be like them.

As bad as it sucks, I have come to see that part of my duty as a semi-professional player is to allow myself to be bluffed by most recreational players in the small stakes tournaments I play. I came to this realization after filtering my database for hands where I called river bets. There was more red on my screen than when I've checked my Bitcoin accounts over the past six months. I knew I had to put an end to this.

The solution was to become more comfortable with getting bluffed. This meant I could no longer keep unknowns honest by calling whenever I thought they were trying to steal a pot from me. Here's why and how I was able to get the sheriff's hat amputated from my thick skull.

Most players in the small stakes games I play simply do not bluff enough to deserve to get their value bets paid off. Yet for some reason, I felt the need to pay them anyway.

That's right... pay. That word was the solution to my problem. I removed the word "call" from my poker vocabulary and replaced it with the word "pay" and I instantly started to do it much less often. When a guy makes a big bet on the river and you say "I call," you're really thinking "I call you on your obvious BS!" That seems like a cool thing to do. If instead you think "I pay" as in "I pay your resort fees for the rest of this week," you're more likely to find the fold in close spots.

If folding in these spots stings, use that pain as motivation to watch the hands that player plays in the future and find a reason to call him next time. If you see a leak, be prepared to exploit it. If not, congratulate yourself on making the hero fold earlier.

The risk vs. reward equation of bluff catching is out of balance

In tournaments, the risk of attempting a bluff catch and being wrong hurts more than the reward of attempting one and being right helps. The chips you stand to gain aren't worthless, but they are worth less than the chips you stand to lose. This is what ICM means in a nutshell and it is a big deal in tournaments, especially as you approach pay jumps.

Imagine a scenario where you are facing a 100-big blind bet on the river. If you call and lose, you have to pay 100 BBs, but if you call and win, your opponent actually only has to pay you 90 BBs or say 70 BBs if you are on the money bubble. You take all the risk in this scenario, but part of the EV of those 100 BBs gets spewed to the other players at your table.

That doesn't seem very fair does it? It's not, but it's the price you pay for bluff catching in tournaments, so make sure you have an overly profitable spot before you pull the trigger.

One thing I have learned is that finding yourself in too many close calling spots like this is often an indicator that you may have missed a great betting spot on a future street.

For example, you open the button and get called by an unknown in the big blind. You continuation bet a marginal hand, then check back the turn after he calls your flop bet. If you don't expect him to check again on the river a large percentage of the time or at least have a good idea of what his river bets mean, then you probably should just bet the turn yourself. Using a small enough bet size forces him to occasionally call you with worse or risk folding too often to small bluffs. Not giving up the betting lead on the turn will often give you much easier decisions on the river by preventing you from facing a big bet in the first place.

Besides that, you won't often go wrong giving up when an unknown small stakes player puts you to the test. I constantly have to remind myself that being curious after potentially making a bad fold won't kill me given that I am not a cat, but making a bad call will quite literally end my tournament life more times than not.

Going for Thin Value With Second Pair on a Scary Board