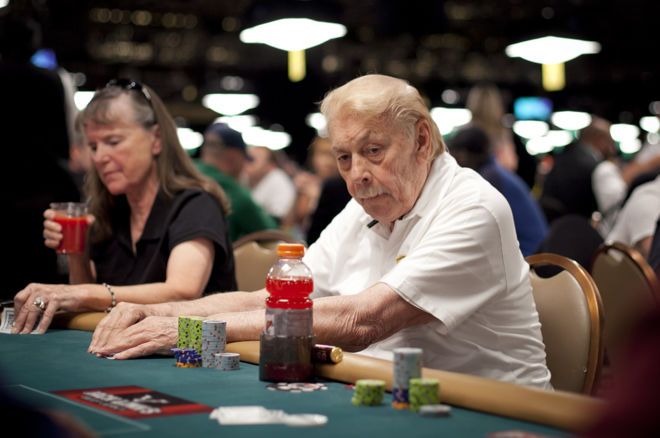 We've been reviewing those first season shows, with the previous episode highlighted by clashes between Sam Farha and Daniel Negreanu.

Continuing with Season 1, the episode featured below continues with the same line-up. In his opening commentary, co-host Gable Kaplan divides the players into "three distinct groups" — the "volatile" group of Farha, Sean Sheikhan, and Todd Brunson; those "just having fun" like Negreanu, Jennifer Harman, and Eli Elezra; and the quieter Barry Greenstein and Jerry Buss.

This time Buss, the well-liked Los Angeles Lakers owner and avid poker player who passed away in 2013, sees more action than usual while making some big hands. A short profile (around the 24:00 mark) introduces Buss who humbly describes the thrill of being an amateur getting to compete against the pros.

You'll want to stick around for the last hand of this one, too — the biggest of the night, and at the time the biggest shown on High Stakes Poker.

Going for Thin Value With Second Pair on a Scary Board