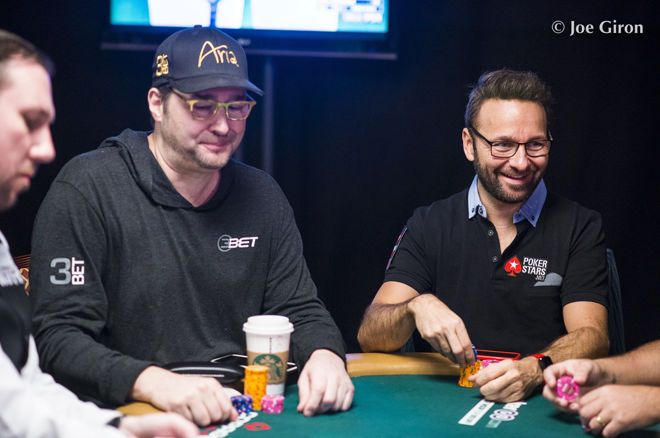 We're continuing our look back at Season 1, today reviewing Episode 11. One storyline being followed in this episode concerns Antonio Esfandiari and Phil Hellmuth both trying to bounce back after enduring six-figure losses in the previous show. Meanwhile Daniel Negreanu is around $725,000 in the hole for the season when this one begins.

Jerry Buss returns to the table as well after having won during his previous appearance. Jennifer Harman, Todd Brunson, and Johnny Chan likewise return to the game.

Hellmuth emerges during the second half of the episode as the center of attention (as usual). Gabe Kaplan foreshadows that development somewhat during the introduction when commenting on Hellmuth's cash game skills.

Negreanu and Hellmuth clash in a couple of entertaining hands (at the 26:00 mark, then again at the 35:00 mark), with each player winning once. Spoiler alert — after the one Hellmuth loses, the censor has to bleep a lot of the Poker Brat's post-hand commentary.

Watch as well for the nice sequence of appreciations of Doyle Brunson delivered by some of the other players (starting at the 12:30 mark).

Free Online Pokies With Free Spins And No Download