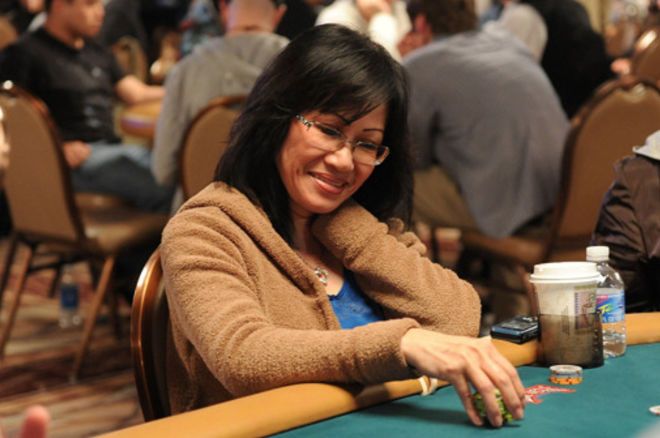 After a bit of a hiatus we're continuing our look back at Season 1 with Episode 8. There are fireworks from the start of this one with Daniel Negreanu and Sam Farha getting it all in on the turn and playing a $191,700 pot in the first hand of the night.

Two new players join the game for this episode. Mimi Tran, the accomplished player from Vietnam and friend of Barry Greenstein's takes a seat, mixing it up a couple of times early against the always active Farha and pushing her stack all in postflop in a hand against Todd Brunson. She then plays the episode's largest pot against Negreanu (see below).

(Speaking of Negreanu, you'll want to see the hand starting at the 33:00 mark in which Negreanu and Freddy Deeb make it to the river at which point Negreanu puts in a big bluff.)

Also sitting in for this episode is the late, legendary Bob Stupak who at the time of his passing in 2009 was best known for having built the Stratosphere Las Vegas. (Contrasting with the active Tran, Stupak folds his way through the show.)

When Opponents Don't Play 'Optimally'; or, Hiding from Daniel Negreanu