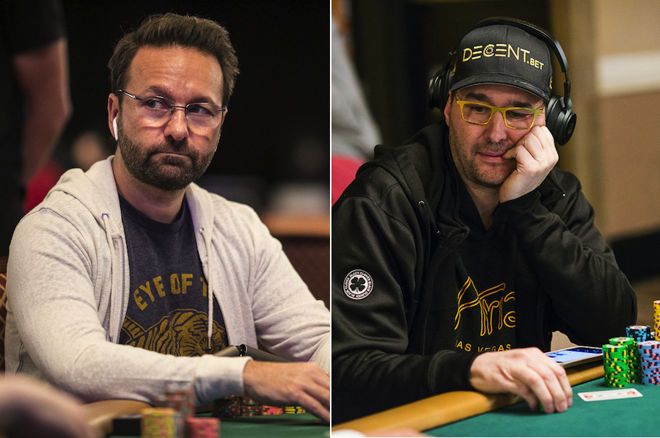 We're continuing our review of shows from Season 1, having arrived at Episode 13, the finale of the series' first season. That means a last chance for players to add to their winnings or recover from losses. "It's a free-for-all," says A.J. Benza. "Anything goes! And the mad dash for the cash goes over the edge."

Soon enough Benza's prediction appears it might come true with Daniel Negreanu straddling and Phil Hellmuth betting flops in the dark and three-betting preflop with ace-four offsuit. Both Negreanu and Hellmuth arrive at this episode desiring to dig themselves out of holes from previous shows, and both are able to enjoy some success to end the season.

Things remain relatively calm, however, aside from one big pot between Negreanu and Jerry Buss (see below). Then during the last hands of the session Antonio Esfandiari tries to earn back some of what he lost previously after picking up pocket aces in one hand, then making two pair in the following hand.

The episode closes with Benza and Gabe Kaplan rattling off the names of the 19 players who participated in Season 1, followed by a few highlights from the show up to that point.

Check-Jamming a Combo Draw for 100 Big Blinds? A GTO Analysis