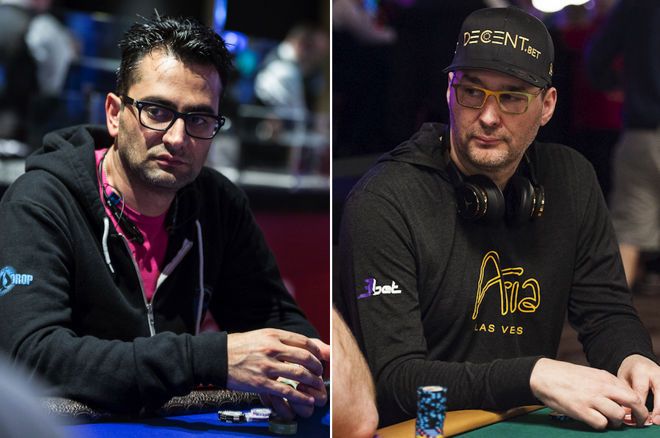 We're continuing our look back at Season 1, this time reviewing Episode 10. This episode marks the first appearance of a couple of familiar players making their first appearances on the show — Antonio Esfandiari and Phil Hellmuth.

Esfandiari immediately gets involved by raising preflop with

, then he promptly flops one pair and turns a second. Then Hellmuth opens

and ends up losing a big quads-versus-full-house pot versus Barry Greenstein.

Things don't go well for Hellmuth after that, either, with clashes against Freddy Deeb and Barry Greenstein result in him losing his entire starting stack, forcing him to rebuy. Meanwhile Daniel Negreanu's first-season woes continue in this episode as he finds himself on the wrong side of multiple big hands. And Esfandiari runs into some difficulty with pocket aces right at the end, too.

In fact, pocket aces turn up several times in this episode, leading to a few interesting (and big) hands. Take a look below.