The 10 Most Annoying Behaviors at the Poker Table 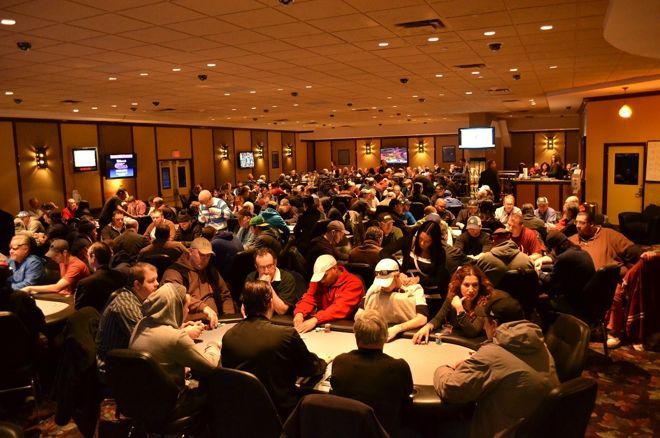 I've found that in the typical no-limit cash game, my profit comes from the difference between my skill level and those of my opponents. I've also found that to maintain that profitable skill imbalance at the table it often helps for my opponents to have a relaxed, playful, and fun time while they are losing. Annoying behavior generally works against that goal by driving the bad players away where they will either keep their money or lose it to other players.

In an ongoing effort to help maintain the amusing and unthreatening nature of poker, I share the following list of 10 annoying behaviors that push out the players we want to keep. Are you guilty of any of these? Maybe you do some inadvertently. Maybe you even do a few deliberately in an effort to put others on tilt. In either event, I hope you'll stop. They may put others on tilt, but in the long run they will drive away the casual player, and that's really bad for the game.

If you're not guilty of any of these behaviors, I share them with you for another reason. They make me miserable, and misery loves company. So let's commiserate over the really annoying behavior of others!

When a hand has been called, you are supposed to reveal your cards. Some players add some drama to the moment by waiting a few seconds (or even longer) before they show their winning hand — that's "slow rolling."

Perhaps they've watched too many movies. Maybe they are so pleased with victory that they want to savor the moment. It's also possible that they are deliberately trying to rub their win in your face. No matter the reason, it's exceedingly annoying to wait for an opponent to triumph dramatically, especially if you had inferred from the delay that you had won.

2. Taking Too Much Time to Act

There are many ways that this behavior manifests itself. Sometimes the perpetrator is constantly unsure about when it's his turn to act, "Is it on me?" he repeatedly queries. Other times, the villain is in a constant state of haze, not paying attention to the action until everyone is staring at him.

Still other times the procrastinator just has an infuriatingly slow and deliberate pattern of behavior, waiting for action to get to him before carefully (and s-l-o-w-l-y... did I mention slowly?) pulling his cards back, tilting them up, looking at them, considering them, putting them back down, squaring them, pondering his navel, and then acting. Whatever! Stop stalling. Just bet, raise, check or fold!

You have a story about being outdrawn? It was a one-outer? It was a no-outer?! The power went out and the roof caved in just as you were going to win the $600,000 bad beat?

We don't care. We really don't care even a little bit. Not at all. Tell your spouse or your Mom. Don't tell us. Really. We don't care. It's just annoying.

We see many unhealthy behaviors at the poker table that make me cringe, and in some cases may be making us all sick. I see them regularly and can't stand it.

Someone sneezes into their hands and then continues to play. Someone hasn't taken a shower for a month. Someone keeps coughing over their cards or into their chips, or eats a messy sandwich and plays covered in goo or schmutz or who-knows-what.

Do us all a favor. Either stay away from the table entirely if you're sick, or at least cough or sneeze into the crook of your arm. And then have the common decency to go wash your hands or at least bring some tissues and maybe some anti-bacterial gel to "wash" your hands. And for god's sake, do something about that smell! You're making me sick… literally!

Admittedly, I may be slightly guilty of this myself. But it drives many up the wall to hear incessant gabbing while they are in a hand.

True, poker has never been meant to be played in a library or a hospital ward, so everyone expects some measure of talking. But sometimes you should really keep quiet. Don't comment on a hand in play. Don't ceaselessly dissect the last hand. In general, try to avoid matters that become arguments.

When in doubt, don't say anything. Few have ever gotten that upset because their opponents weren't talking enough.

Your kings are beaten by someone else's aces. He asks you "So what did you think I had?" What a jerk!

It's also galling to hear the winner say, "I really thought you had me." When you win, have the common decency to rake in the pot without commentary.

Generally speaking, it's good for our bottom line to play against opponents who have their judgment at least slightly addled with liquor. It makes for bad loose calls, unwarranted aggression, and bigger pots for us to win.

But playing with someone who is drunk — seriously drunk — is another matter entirely. A drunk player can so slow the game that it becomes a real drag, not nearly worth the additional revenue that might be flowing from his stack to yours as a result of his incapacitation.

Drunks often create unnecessary fights that lead to delays, and more arguments that slow the game to a sloth's pace. My suggestion to a player who is really drunk is to leave the game before he loses all of his money. In the long run I think it pays off (and it may also be the ethically correct action).

I admit to a bit of hypocrisy here. I take advantage of flashed cards by players who do not properly protect their cards. Sure, I'll give them one warning, but then it's fair game in my book.

Even so, I hate it when players expose their cards to others. It's an unfair advantage that sets me off. I alert the dealer if a player is exposing his cards to another player (other than me). We all need to protect our hands at all times, if not for ourselves then to keep other players from getting upset.

Poker players and country western singers are the biggest crybabies. Your aces always get cracked. You're regularly outdrawn. Your hands never hold up. You can't win. Your dog died and your wife left you. I don't give a rip. Stop annoying me!

Why do some players feel it necessary to lecture others about what they did wrong? This behavior annoys everyone who understands where their winnings come from.

Advice is wasted at the poker table. The good players don't need it (or want it), and it will either drive the bad players away because they'll feel abused, or it will smarten them up with free poker lessons. How is that good for the game? If a player were really a good poker player, he'd keep quiet and let his opponents continue to make mistakes.

There's one other reason for giving you this list of annoying actions at the table. By anticipating them, maybe they won't bother you so much when you see them in a game.