Bluffing From Out of Position With a Junky Draw 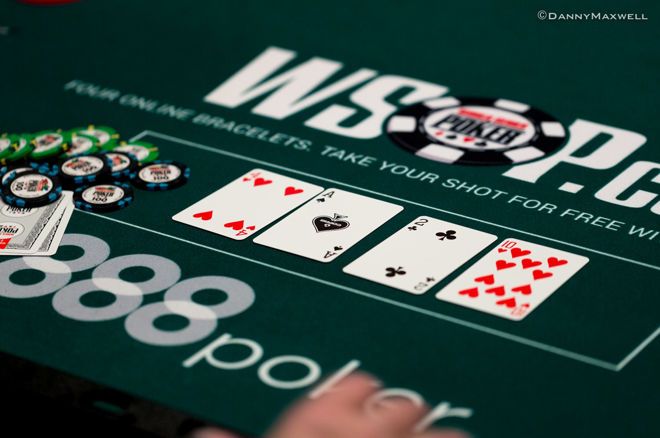 Here's another interesting hand from a $5,000 World Series of Poker event in which I chose to play a draw aggressively from out of position.

The effective stacks were 80 big blinds, and with the blinds 500/1,000 action began with a (possibly) tight-aggressive player on my left raising to 2,300. It folded around to me in the big blind where I had been dealt

As I discuss in the video below, I considered whether or not check-raising might be a good play here with my open-ended straight draw, but ultimately chose just to call both because of the great pot odds and because my opponent had such a great range advantage with this board.

. I checked again, and this time by opponent bet 6,800, again a little over half the pot.

Here with just one card to come I chose to check-raise with my junky draw. Watch the video below to listen to how I explain my rationale for doing so, and see what happened next when I was called and then missed again on the river.

Is this a good spot to bluff-raise like this? What do you think?

Jonathan Little is a professional poker player and author with over $6,800,000 in live tournament earnings. He writes a weekly educational blog and hosts a podcast at JonathanLittlePoker.com. Sign up to learn poker from Jonathan for free at PokerCoaching.com. You can follow him on Twitter @JonathanLittle..

Flopping the Nut Flush Draw Against a Tight-Aggressive Opponent