Playing Bigger? Some Guidelines When Moving Up in Limits 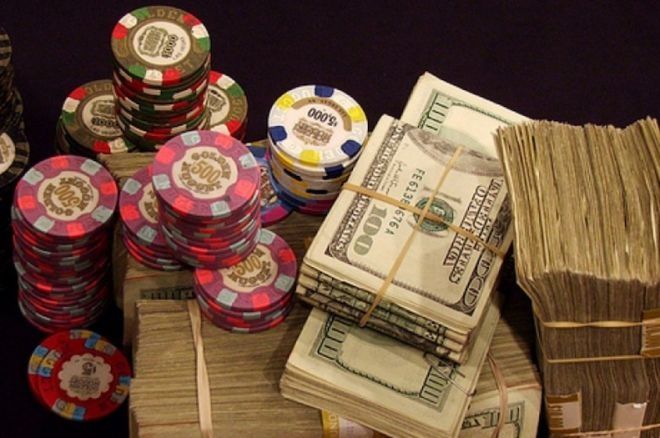 Players are sometimes tempted to move up in limits — for many reasons. Obviously, by playing bigger one's hourly win rate can increase. The theory is that if you're a winning player at $1/$2 no-limit, for example, you could win even more if you played winning poker at the $2/$5 level. So maybe playing bigger makes sense.

Unfortunately, many players soon discover this progression isn't quite as simple as they thought. There are a few reasons for this. The skills they developed to beat the players at $1/$2 may not work as well for them in the $2/$5 game. The bankroll they thought would be necessary for the bigger game may prove insufficient. Or they might also discover that they are just more anxious about playing bigger, and that anxiety torpedoes their ability to play their best game.

Some discover this the hard way, when they put all of their lower stakes winnings at risk in the higher limit game, only to get their bankroll bashed in in the process. How can you avoid falling prey to your natural desire to get better and earn more, while not moving up too quickly or improperly?

Start With an Honest Self-Assessment

The first step is to really understand how you are doing at the game you're in. Self-delusion is easy in poker. It's not enough simply to have a sense that you're beating the game. Nor is it enough to have a few big winning sessions. You need to be as sure as possible. You need to keep careful records, so you can review, carefully, exactly what your hourly win rate is — both in the smaller game and in the bigger game into which you are wanting to move.

The general rule of thumb is that you can't really say you're beating the game until you've logged a solid 500 hours at the table. This translates to roughly 20,000 hands of play. Until then, it's hard to say whether your wins or losses might be more the results of variance rather than superior play.

Players often make the mistake of assuming that they can proceed up the ladder as soon as they have the same multiple of the buy-in for which they entered their lower-staked game. So if they felt comfortable in a $1/$2 no-limit game when they had a $3,000 poker playing bankroll, then they're ready to make the leap to $2/$5 when they have $6,000 or so. And if they succeed there, then they're ready to move up to $5/$10 when they've reached $12,000.

But this arithmetic progression doesn't always work out well for the serious player. Let me tell you why, and hopefully show how you can avoid some of the pitfalls of moving up in limits.

Bigger games often have better, more aggressive, and trickier players than the lower stakes games. As such, they often require a relatively larger bankroll before the player can be successful in them because the variance in the bigger game is often greater.

A successful player needs a relatively larger bankroll to absorb the swings that are caused by games with trickier players. Of course, he could be the beneficiary of some of that variance and find his bankroll immediately pumped up with a few large wins right off the bat.

But just as likely — more likely, in fact, if he is new to the bigger game — is that the combination of being outplayed, being unlucky and being in a game with larger swings will find him quickly facing a largely depleted bankroll.

There's another good reason when moving up to have a bankroll that is much larger than a simple arithmetic progression would dictate. As a practical matter, it is usually a lot harder to replace a large bankroll than it is to replace a small one.

While the regular player who goes broke may easily get together enough money to enter another $1/$2 game, it may be more difficult to put together the $75,000 he had when he first comfortably sat down at $5/$10. He must be more careful of that larger bankroll because it's so much harder to replace than the small one.

Of course, no one says you have to be "prudent." You are free to sit down and take a shot in any game for which you have the minimum buy-in. Similarly, you don't need this large amount just to take a stab at a bigger game. But if you're going to play it full-time, for a long time, you want to make sure that you are not starting off with too small a bankroll.

What you must avoid is the temptation to chase your losses by playing bigger. It is enticing when looking over at the huge pots in the larger game to think, "Hey, just one of those pots and I'd win back all of my losses over here." Sure, but chasing losses by moving up is a recipe for bankroll destruction. You first need to demonstrate that you can win at the lower stakes game.

You also need to consider the greater level of skill you're likely to find in the bigger game. This is where your accurate playing records will again be useful. You need to be honest with yourself about how you're doing when you move up. You may well find that you are not beating the bigger game. If that's the case, it doesn't matter how big your bankroll is.

Here's another consideration that may appear to be a contradiction. Even if your records demonstrate that you are beating the bigger game, if your objective in playing is to win money, you still might be better off playing smaller.

Imagine a situation where you are able to earn $20 an hour at the soft $1/$2 game but are only able to grind out $15 an hour in the much tougher $2/$5 game. Aside from the status that playing bigger might afford you, where are you better off?

There's another way to view this, to be sure. You might decide that just as you had to learn how to play better by actually getting the experience at no-limit poker, so, too, do you need the experience of playing bigger before you'll be able to master it. You can't beat the sharks if you only swim with the guppies.

You might want to view your forays into the bigger games as learning experiences — graduate school, if you will. But if that's the case, if you expect to fund your continued poker education at the higher stakes until you are successful, then don't be shy about retreating down to the lower level to earn your tuition.

One strategy that many successful players have adopted is to take stabs at the bigger game while still being flexible enough to head back to the softer games at the lower level when necessary. If they are successful in their brief foray at the higher limit game, well, then they stay. But if they lose a certain amount in that bigger game, then they drop back down to the lower stakes game until they earn back what they lost, allowing them to try again.

The key is not to let your ego get in the way of you moving back down to the lower limits when you should. Some players just take too seriously the competitor's adage that winners never quit and quitters never win. If you're to have a successful strategy for moving up in stakes, you need to recognize when you are among your betters and retreat back down the ladder until you are good enough to hold your own in the bigger game.

For those of you thinking of moving up the ladder, don't be discouraged. Playing bigger can be an excellent way for successful players to improve their win rate, if they do it correctly.

How to Win a Hand by Understanding an Opponent's Range