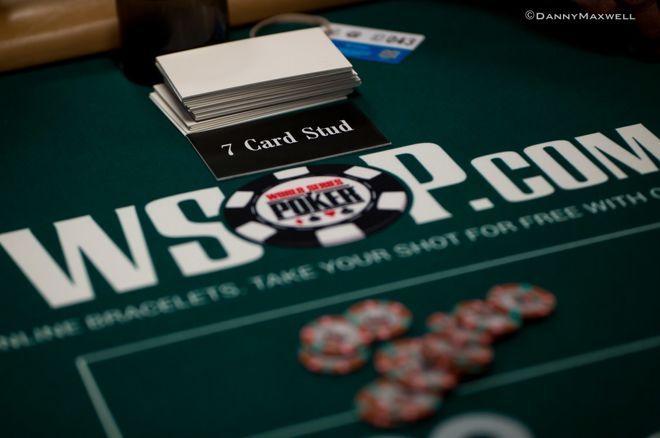 The World Series of Poker is now in full swing. With it comes a renewed interest in games other than no-limit hold'em. Those of us who fancy stud games like seven-card stud, seven-card stud hi-lo, and razz finally have a venue where these games are spread regularly as cash games, tournaments, or as part of mixed-game rotations like H.O.R.S.E.

Poker has been dominated by no-limit hold'em for the past 15 years or so. Accordingly, some players view the shorter fields in the stud events and see an improved opportunity for cashing or winning a bracelet event. But since they themselves may not have played much (or any) stud, they might not have considered the strategic differences between the games.

For those of you relatively new to stud, let me devote this column to some of the broader strategic differences between the no-limit hold'em game you're familiar with and seven-card stud.

1. Stud is played as a limit game

Limit poker is very different from no-limit. The size of the bet is fixed in limit poker, typically an early round bet (third and fourth streets) being exactly half of a latter round bet (fifth, sixth, and seventh streets). For example, in a hand played during the 100/200 level of a stud tournament, the first two rounds of betting may only be in increments of 100, while the latter rounds are limited to increments of 200.

2. In stud, there are individual exposed cards for each player

These "up cards" in seven-card stud can assist the attentive player in a few ways. They help players figure out the likely holding of opponents. These exposed cards also help players narrow the range of possible hands of an opponent. They additionally help the observant player better determine the odds of drawing certain cards.

In hold'em, you only see your two hole cards and the five cards of the common board. In stud, you can frequently see all seven of your cards and at least ten or more additional cards of your opponents. This gives you a much better idea of the cards that remain unseen. If, for example, you are drawing to a flush, your odds of getting a suited card on the next card are greatly diminished if many cards of that suit have already been folded. A skillful stud player can take those folded exposed cards into consideration when deciding on the play of a hand.

This and other factors tend to inflate the size of the stud pot by the time it reaches the final betting round, making it usually incorrect to fold to a bet on sixth street and the river — even with only a long-shot chance of having the best hand — as the excellent pot odds make a seventh-street call in stud almost automatic in most circumstances.

4. The value of a stud hand develops differently than does a hold'em hand

Accordingly, stud players tend to make their most important decision about whether to play on third street — that is, when they see their first three cards. Meanwhile hold'em players may be more likely to wait until the second round of betting — that is, seeing the flop before deciding to release their hand to a bet.

5. You don't see your opponents' last card in stud

In hold'em, players sometimes know with certainty that they have the best hand on the river, as the river card is known to all. Similarly, hold'em players can sometimes save a bet when the board makes it likely that their opponent who is on a draw has hit his or her hand, and they can fold to a bet.

In stud, this is rarely the case. With the last card down, the conclusion of the draw is concealed, making it usually correct to call a final bet, both because of the uncertainty of the opponent's result and the size of the pot relative to the bet. Accordingly, stud players must be more prepared than hold'em players both to chase their draws and to call down their opponents.

6. Position is not static in stud

Finally, position in hold'em is fixed for the entire hand, and it is also known in advance. In stud, with the beginning bet of a round dependent on who has the highest exposed hand (or in razz, the lowest exposed hand), position changes from round to round and is thus unknowable in advance.

While a hold'em player surely uses an understanding of position in a particular hand to determine a hand's relative value and what the betting action of an opponent is likely to mean, a skillful stud player needs to think about position within the context of each round of betting. As a practical matter, since position changes from betting round to betting round, it is generally much less a factor in betting decisions in stud than in hold'em.

Admittedly, these are very broad generalizations about no-limit hold'em and seven-card stud games, but they are nonetheless useful to keep in mind, especially for those familiar with hold'em but less so with stud.

Leprechaun Slots: The Best Online Games You Can Play

Brazil Online Casinos: What Are the Best Casino Sites in Brazil?

Get 50 Bonus Spins to Discover the All-New Omnia Casino

What Would You Do? Flopping Top Pair vs. a Donk Bet