The Right and Wrong Ways to Play a “Splash Pot” Promotion 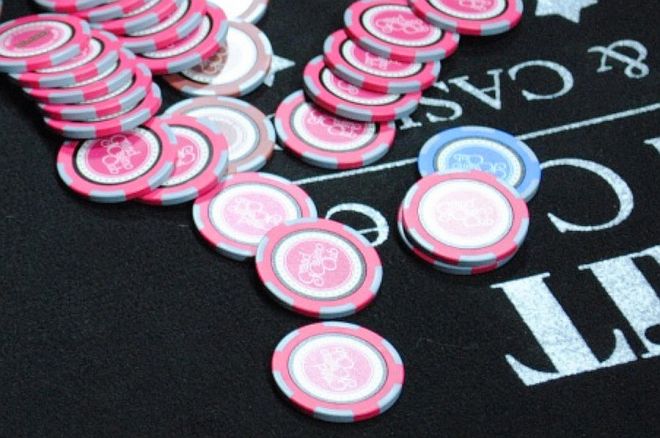 As with most poker room promotions, there’s a lot of variability in the details of how splash pots run. But generally, at either arbitrary or predefined times, the poker room supervisor will select a table at random. Before the next hand begins, he puts some amount of money in the middle of the table, which will be awarded to the winner of the hand.

This kind of promotion will only be found in poker rooms that cater primarily to tourists playing low stakes. In Las Vegas, you might find it at the Flamingo, but not across the intersection at the Bellagio.

Correct strategy for a known amount of bonus — usually in the form of chips rather than cash, to encourage you to keep it in play if you win — is straightforward. You simply add that amount to the pot in order to determine whether your hand is worth playing. In mathematical terms, it makes no difference whatsoever whether the money is in the pot because you put it there, because the other players put it there, or because the casino put it there.

To take the obvious extremes, if the jackpot were $1, it wouldn’t affect your strategy at all, but if it were $1 million, it would be worth going all-in preflop with any two cards. With the worst hold’em starting hand,

But don’t rush to buy your Vegas plane ticket just yet — nobody’s offering a million bucks in a splash pot. That’s just a hypothetical to help make clear why the amount of the bonus matters. (Although with PokerStars’ $1 million Spin & Go promotion, the hypothetical has been made actual on a few occasions.)

There’s a hitch to this beautiful simplicity, however. At least as often as you’ll find splash pots with fixed, known amounts, you’ll find mystery amounts. The supervisor places onto the table not a small stack of chips, but an envelope. Inside is a slip of paper with an amount written on it, to be disclosed only after the pot and the bonus have been won.

They will probably announce the possible range of jackpots — e.g., from $25 to $1,000. If you’re lucky, there will be some sort of board on which the amounts already won have been crossed off, so that you can get a feel for the range and distribution of those that are left.

Suppose, for example, that the promotion started with 100 envelopes, but now just ten are left. The board shows that eight contain $25, one contains $100, and one contains $500. Now how much is a randomly selected envelope worth?

This is easy if you have a calculator. If you have to do it in your head in the few seconds that you’ll have before the hand starts — not so much, especially if the number remaining is large. The expected value of the jackpot is just the sum of bonuses divided by the number left to be distributed: in this case, $200 + $100 + $500 / 10 = $80. Correct decision-making for this hand, then, requires you mentally to add $80 to whatever the players put into the pot in order to decide how much it’s worth risking to win.

If you have no information other than the possible range, you can safely assume that the great majority of envelopes will contain the lowest amount. I’d probably double that to account for the chance of winning one of the bigger amounts. But frankly, it’s all groping in the dark in that kind of situation.

Of one thing you can be quite sure: most of the other players will not value the bonus rationally and mathematically, and that is true whether the amount is known or unknown. In my experience, most players overvalue it, probably because it seems like “free” money. Of course, that’s just an illusion. First, the money isn’t from the casino’s generosity; it comes from an extra rake dedicated to promotions. Second, it’s no more valuable than the equivalent amount coming from other players.

But recreational poker players are not known for making their strategic decisions based on cold, hard facts. Emotions tend to rule the day. So even a measly $50 tossed onto the table before a hand starts can start a cascade of players shoving all-in preflop. After the first couple of people do so, the others start thinking that now the pot is so big they have to take their shot at it, too. Think of sharks in a feeding frenzy.

Conversely, I’ve been at a table where everybody seemingly ignored the bonus. This particular splash pot was triggered by a touchdown in a football game being shown on the big-screen TV. The poker room manager drew a card with my table number on it, and brought a stack of 20 $5 chips — $100 — to the table to start the next hand. It was a $1/$2 no-limit hold’em game. Nobody raised. I was in the big blind and was stunned when action got to me with a bunch of limpers, but no raise.

Think about it: $103 in the pot to start with, and not one person thought it was worth risking more than $2 to win. I believe that what happened is that these players did not think of the pot as being $103. Instead, they thought of it as the usual $3 to start, plus what the limpers contributed, with a special bonus going to the winner of the hand. That is, there was the pot, and there was the jackpot, with no relationship between the two.

As I hope is apparent, that is flat-out wrong.

(How the hand played out isn’t relevant to my basic point here. But I checked my option, then bet a mere $10 when I flopped top pair, and everybody folded. It was nutty.)

Play it right, get a little bit lucky, and you may win that bonus, plus the stacks of two or three other players at the same time.

“Aces Cracked” Promotions: Do You Go for the Pot or the Bonus?