Daniel Negreanu raised to 40,000 under the gun and Gus Hasen looked him up from the button. When the flop fell

Hansen had flopped top pair, but it was no good against Negreanu's pocket pair of kings. "Kid Poker" also held the king of clubs, meaning he topped Hansen's flush draw. The

turn was nothing special, and neither was the

river. Negreanu's kings held to give him a big double while Hansen took yet another hit.

Hansen Flops the Nuts, but Mizzi Turns It

Action folded to Gus Hansen in the hijack and he raised to 51,000. Sorel Mizzi was next to act and opted to move all in for 234,000. The button and blinds got out of the way, while Hansen made the call.

flop was gin for Hansen as he flopped the nut straight, but Mizzi picked up a draw to the nut flush. Fortunately for Mizzi, the

spiked on the turn to give him the guaranteed double. The meaningless

was put out on the river as Hansen took a small hit to his stack.

We Have a Hand!

Phil Ivey limped under the gun and was followed by Patrik Antonius in middle position and Gus Hansen in the cutoff. Daniel Negreanu checked his option in the big blind and it was four-way action to the

With action back on Ivey, he check-raised to 144,000, which was enough to get both Antonius and Hansen to fold.

We know we didn't have any hands during that last level, and the reason is simple, there weren't any hands to report. Simple raise and take its were common, with no substantial pots developing. To makes matters worse, the players at the final table aren't even talking.

Phil Ivey has a pair of headphones on and is zoned out, while Sorel Mizzi seems to be enjoying his massage. Even the talkative Daniel Negreanu has been mum. 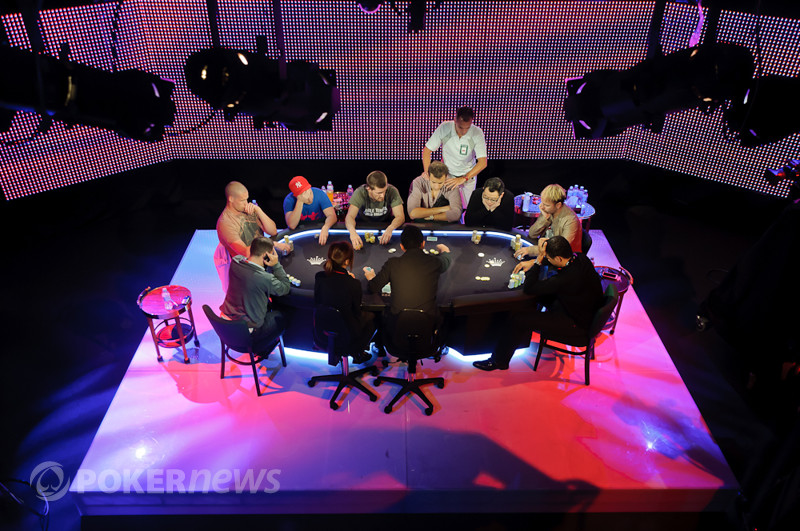 We all know everyone likes free money. We also know that if you're following along with our coverage that you enjoy poker. Thanks to our great friends at PartyPoker, you can now get some of both with the "Exclusive $50 FREE with NO DEPOSIT & $50 Reload Bonus" offer.

Then, deposit and enter code "PN50FREE" to take advantage of our NEW $50 reload bonus.

Lull in the Action

We wish we had something to report, but since returning from the break, there has been no noteworthy action. Studio 3 is eerily quiet and it seems fatigue is setting in for the spectators, camera crew, media, and players. The good news is this is a turbo structure, meaning the action will be forced sooner than later. 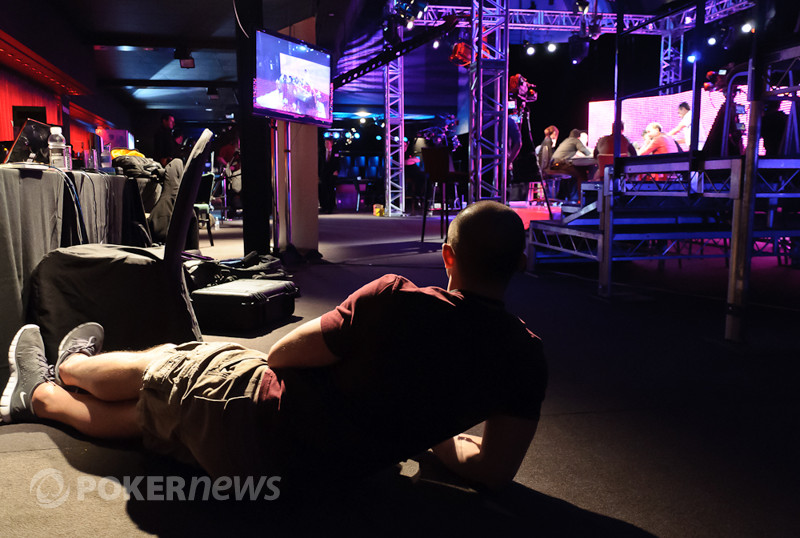 Updated Chip Counts at the Break

The last hand dealt before the break took about eight minutes or so into the break due to Gus Hansen tanking to a flop shove from Tony Bloom.

Bloom opened preflop to 28,000 and Hansen called on the button. Sorel Mizzi called from the small blind and the flop came down

. After Mizzi and Bloom checked, Hansen fired 51,000. Mizzi folded, then Bloom check-raised all in for 254,000. Hansen tanked for a long while, several minutes into break. He was mumbling to himself the entire time and seemed to have a pretty tough decision in front of him. Eventually, Hansen folded and Bloom won the pot.