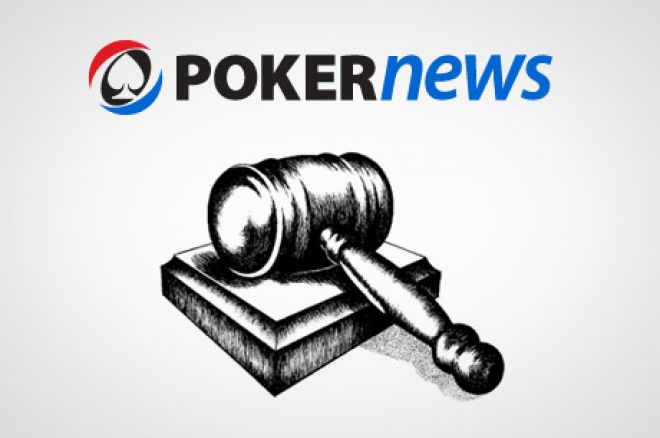 On Thursday morning, the Nevada Legislature met to discuss an online poker bill that would allow Gov. Brian Sandoval to expand the state's customer base by entering into interstate compacts. Less than 12 hours later, Sandoval signed the bill into law, ending a whirlwind day in the Silver State.

The Assembly Judiciary Committee voted unanimously Thursday to amend and pass the bill that would allow Nevada to move forward with Internet poker as the state attempts to beat Delaware and New Jersey to the finish line. The bill then quickly moved through the State Senate and Assembly before making its way to Sandoval's desk for final signature Thursday evening.

Nevada is the first state to sign an interstate online poker bill into law.

"This is an historic day for the great state of Nevada," Sandoval said as he sat in front of the bill with pen in hand. "Today I sign into law the framework that will usher in the next frontier of gaming in Nevada. This bill is critical to our state's economy and ensures that we will continue to be the gold standard for gaming regulation."

With finances generated by casinos serving as one of Nevada's leading sources of revenue, interstate agreements with regulated U.S. states would provide more tax revenue and boost local business. Licensed operators are preparing to launch in Nevada's intrastate market, but liquidity is a cause for concern for the Silver State because it ranks 35th in the country in population.

The amended bill also addressed the licensing fee hike that was introduced by Assembly Majority Leader William Horne last week. Language in the bill sought to double online gambling license fees from $500,000 to $1,000,000 and the renewal fees from $250,000 to $500,000. However, Horne backed down from the fee increases after compromising with Sandoval this week. The two men sat side by side during Thursday's legislative session.

Last month, after Gov. Chris Christie showed his support of online gambling in New Jersey, Sandoval stressed to Nevada lawmakers that the state's online gambling be passed within 30 days. Sandoval said it was "critical" that Nevada move quickly on the bill now that other states are making progress on the issue.

We'll have more on this story as it develops. Get all the latest PokerNews updates on your social media outlets. Follow us on Twitter and find us both Facebook and Google+!