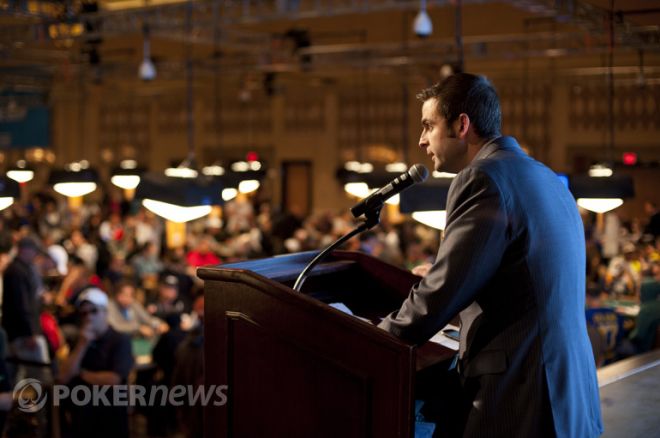 On Friday, the Poker Tournament Directors Association (TDA) announced the expansion of its board of directors with three new members. The organization revealed the addition of Jack Effel, Neil Johnson and Tab Duchateau to the board. They will join an elite group of poker minds that includes Matt Savage, Jan Fisher, Linda Johnson, Dave Lamb, and Mike Bishop.

Founded in 2001, the TDA was created to adopt basic standards, rules and procedures in an attempt to standardize tournament rules in Las Vegas and surrounding areas. The TDA has grown from 24 tournament directors at the first Summit in 2001 to more than 2,000 members in 41 countries today.

"Over [that] time, the entire membership has come to greatly respect Jack Effel, Neil Johnson, and Tab Duchateau for their wisdom and hard work in support of the TDA mission," said founding TDA board member Matt Savage. "They literally bring a world of experience to the board and will help lead the association for years to come."

Effel serves as the tournament director for the World Series of Poker, as well as the vice president of international poker operations for Caesars Interactive Entertainment. With 11 years of experience in the poker industry, he has taken on poker jobs as a dealer, supervisor, manager, tournament director and director of poker operations. He has directed major events such as the World Series of Poker Europe, WSOP in Las Vegas, WSOP Circuit events and the World Poker Open in Tunica, Mississippi.

In addition to his role as head of live poker operations role for PokerStars Europe, Johnson is also a European Poker Tour event host and poker player. He jumped into the industry as a poker dealer at events such as the PartyPoker Million, PokerStars Caribbean Adventure, and FOX Sports Poker at the Plaza. He then transitioned to tournament director and floor manager before taking on his position with PokerStars.com.

Duchateau serves as the tournament director of the Borgata Hotel and Casino. Under Duchateau's watchful eye, the Borgata has become an industry leader and one of the preeminent destinations for big buy-in poker tournaments in the northeastern United States.

The Poker Tournament Directors Association meets bi-annually at the TDA Summit where rules are discussed and approved by democratic majority vote. The Poker TDA Summit VI will be held at The Venetian in Las Vegas June 26 through June 27.

For more information or to register for the TDA Summit, visit PokerTDA.com.