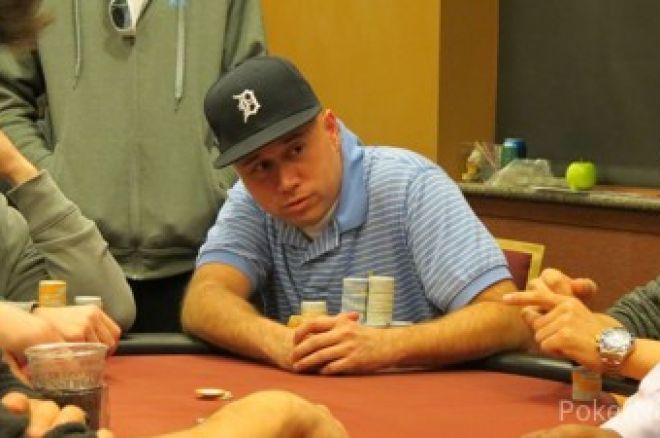 Day 1a of the RunGoodGear.com Downstream Casino Main Event saw a total of 92 entrants pony up the entry fee with a dream of returning on Sunday. By the end of the day, just 16 remained with Darren Attebery and his stack of 250,000 leading the way. Remember, the eventual winner of the tournament will not only take home a nice payday, but also a $10,000 seat into the 2015 World Series of Poker Main Event.

Attebery went on a mad rush during the middle of the day to surge into the chip lead while crippling RunGoodGear pro and WSOP bracelet winner Bryan Campanello over the course of two hands. It would be a lead he would never relinquish.

Of course there were plenty of recognizable names that failed to make it to the end of Day 1a including Amanda Baker, Lauren Blase, Jamie Kerstetter, Ryan Tepen, and the previously mentioned Campanello.

An even bigger turnout is expected on Saturday for the Day 1b and 1c flights, which will take place at 12:00 p.m. and 7 p.m. local time respectively. Of course the PokerNews Live Reporting Team will be there through both flights to provide you coverage of all the comings and goings from the RunGoodGear.com Main Event. Tune in then to find out who moves on to the final day on Sunday.