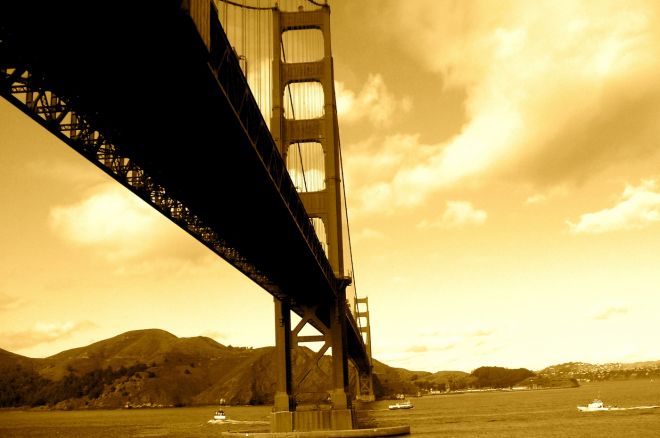 When California Assemblyman Mike Gatto introduced his legislation to license and regulate Internet poker in December, he stated that he thought there was a 50-50 chance of legislation passing this year. Only a few months later, he has all but given up on the current year and revised his projection to a 35 percent chance for an online poker bill to pass in the Golden State by the end of 2016.

Speaking Thursday at the iGaming Legislative Symposium in Sacramento, Gatto explained that this has proven to be a much more difficult subject than he expected. On his office wall is a chart on which he fills in the points requested in a bill by representatives of gaming entities that meet with him, and so far he counts 15 different factions.

"The main basis for my re-evaluation is the fear that I see in the eyes of my colleagues," Gatto said. "Politicians aren't a courageous bunch. When you have 15 different factions coming in and saying this is a line in the sand, my way or the highway, we hate you for the rest of your life situation, it starts to get, 'Well, then why do I even want to vote for this bill?' "

Another reason Gatto sees for pessimism is the two-thirds vote needed for Internet poker legislation to pass.

"I could ask do you like the weather today, and you couldn't get two-thirds of this room to agree on it," Gatto said. "Now imagine a whole bunch of politicians whose future careers depend on it who are asked to vote on one of these proposals?"

Gatto's AB 9 is one of three unique online poker bills introduced in the California legislature this year, joined by Assemblyman Jones-Sawyer's AB 167 and what State Sen. Isadore Hall and Assemblyman Adam Grey say will be identical bills but are currently just placeholders.

One more factor he cited for holding legislation back is that this remains an industry-driven initiative that the people of the state don't really weigh in on. He noted that last year he received 57,263 e-mails from constituents, and only four or five of them were writing to him on this issue. Since he introduced the bill, he's started to hear more from the poker player demographic, but his experience last year gives a better indication of what the average state representative sees as his or her constituents' interest in iPoker.

"If we pass a great bill, this isn't going to make my career in terms of the voting public, and if we don't pass a bill it's not going to break anyone's career," Gatto said. "If you went to the average person on the street, I don't think they'd even have an opinion on this and they would just want to know am I going to see some tax dollars go to my school and my neighborhood."

As usual, the contentious issues of bad actors and horse track participation were hot topics at the conference. Steve Bodmer, deputy general counsel for Pechanga, faced off with Keith Sharp, an attorney representing Southern California card clubs Commerce, The Bike and Hawaiian Gardens, in a panel on the future of iGaming in the state.

Bodmer said there has been an evolution on Pechanga's stance on bad actors that he attributed more to the time that has passed since PokerStars operated in the U.S. than the site's takeover by Amaya Gaming. Sharp, whose clients have a partnership agreement with PokerStars, had a different take.

"I think what's happened over time more than anything else is that the bad-actor language has been seen for what it really is," said Sharp. "It really is just a pure-on anti-competitive effort to keep out PokerStars. It really wasn't about anyone else. It was about trying to keep PokerStars, the No. 1 iPoker site in the world, out of the market."

Though Bodmer expressed a softening of Pechanga's position on bad actors, when asked if the tribe is now OK with allowing regulators to handle the decisions on who should and should not get licensed, he answered no.

"It's not an all-or-nothing proposition anymore," Bodmer said. "There is an evolving discussion happening. I'm not saying there's a policy change."

Bodmer was much clearer on Pechanga's stance regarding the participation of racetracks in online poker.

"If you're prioritizing, I think that racetracks being involved is much more problematic for my client as well as numerous other tribes we work with," Bodmer said. "This is a big issue because it's an unnecessary explosion of gaming in California. We currently cannot walk into any racetrack facility and run a poker game."

Robyn Black, a lobbyist for the racing industry, countered that Internet poker is a new form of gaming in California, and that the only regulated iGaming currently taking place in the state was horse wagering.

An emerging narrative echoed by several speakers was the belief that iPoker itself would not be very profitable for gaming companies, but that it would have a positive impact on their traditional business.

"We do need iPoker if we want our brick and mortar poker to survive," said Haig Kelegian, owner of several California card rooms including The Bike, who cited a 15 percent decrease in live poker revenues. "Internet poker will be a marketing tool for brick and mortar."